Bagworms are common landscape pests because they feed on many of the most common ornamental plant species. They can be readily identified by the cone-shaped bag they spin from silk and embed with bits of host plant and other debris. The bags range in size from 1⁄4 inch to over 2 inches to accommodate the growing caterpillar inside. Though they are rarely seen outside of bags, the caterpillars are 1⁄8 to almost 2 inches long depending on age. The head and forward parts are dark with a hardened head capsule. The rest of the body is paler and soft. In late summer dark brown pupae can be found in the bags. Male pupae are slender and female pupae are fatter. Adult female bagworms are wingless, legless, and grub-like (they never leave the bag). Males are small, brown hairy moths with dark wings that clear with age. In fall the female lays hundreds of spherical or oblong eggs within her pupal cast skin that overwinter and hatch in spring.

Bagworms can feed on many plant species but are most common on conifers such as leyland cypress, arborvitae, cedar, juniper, and pine. They feed on the leaves or needles and large populations can cause severe defoliation. First stage larvae feed on the leaf surfaces leaving small areas where the epidermis has been removed. Older larvae consume entire leaves.Defoliation for multiple years can reduce tree growth or cause sparse foliage and poor appearance. In addition, the brown bags can become very noticable and unsightly in large numbers.

Bagworm eggs are protected by the tough silk bag.

Bagworm eggs are protected by the tough silk bag. 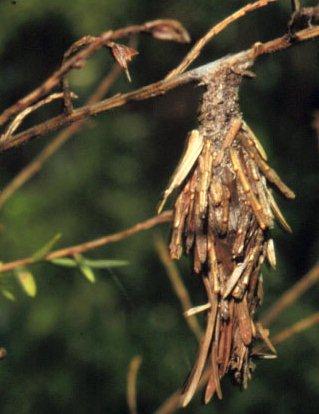 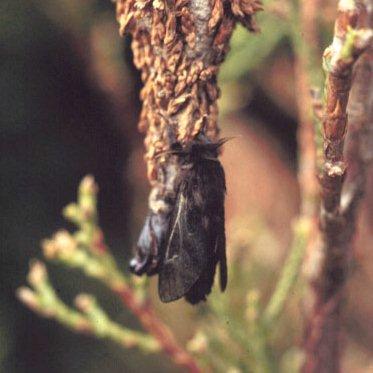 Figure 2. Male moth of the bagworm just emerging from the pupal stage. It will now fly off to mate with a female, which never leaves its case.

Figure 2. Male moth of the bagworm just emerging from the pupal stage. It will now fly off to mate with a female, which never leaves its case. 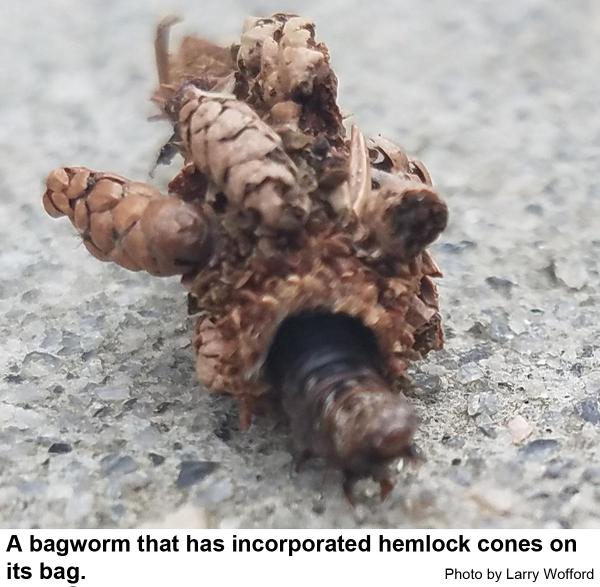 Bagworms incorporate whatever is available in their bags including plastic.

Bagworms incorporate whatever is available in their bags including plastic.

Bagworms occur throughout North Carolina and the Eastern US. Bagworms usually feed on conifers but have a very wide host range and can feed on many deciduous trees and shrubs also. Female bagworms lay 500-1,000 eggs in their bag before they die in the fall. The eggs overwinter and hatch in May and June. The newly hatched larvae crawl to foliage to feed or spin down on silken threads that are blown about in the wind. This behavior is called 'balloning' and helps bagworms get to new plants. Upon reaching a suitable host, the worm spins a tiny bag of silk and plant debris that looks like an upside down ice cream cone. As the caterpillar grows the bag grows also and more host plant material is added to the outside for camouflage. In addition, the larger bags hang down from branches like pine cones rather than sticking up. In August the caterpillars mature and molt into the pupal stage. The bag is attached by a sturdy silk band which the bagworms usually wrap around a twig (Figure 3). During August and September, adult bagworms emerge as moths from the pupal case. Females are flightless and never leave the bag so male moths emerge from their bags in search of females to mate with. Mating occurs through the bag. After mating, females lay their eggs inside the pupal cast skins and die. 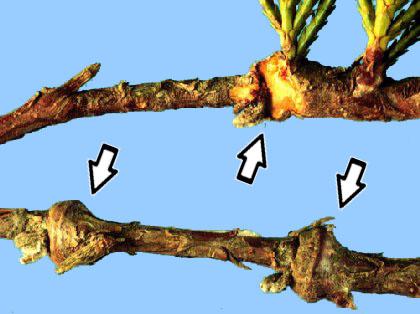 Figure 3. Juniper twigs defoliated by the bagworm. Arrows show several places where the worms' anchor silks have girdled the twigs.

Figure 3. Juniper twigs defoliated by the bagworm. Arrows show several places where the worms' anchor silks have girdled the twigs.

Figure 4. Young bagworm larva. Notice how small it is compared to the tip of the juniper shoot. When newly hatched, these caterpillars float on a strand of silk to new homes on the same or another plant.

Figure 4. Young bagworm larva. Notice how small it is compared to the tip of the juniper shoot. When newly hatched, these caterpillars float on a strand of silk to new homes on the same or another plant.

New bagworm infestations often go unnoticed until late in the summer when caterpillars are large and consuming a lot of plant material and branches begin to appear defoliated. Scout for bags in winter. The brown bags are easy to see against evergreen foliage. Since the bags contain eggs any tree with bags will have bagworms the following spring. Thus the same trees and shrubs will be damaged year after year as populations build. Monitor bagworm emergence in spring since small caterpillars are easier to kill with insecticides and haven't caused much damage yet. 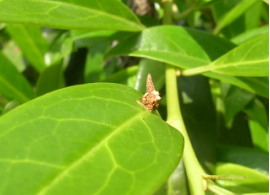 Figure 5. Larva feeding on the surface of a leaf.

Figure 5. Larva feeding on the surface of a leaf.

Bagworms can cause severe damage to landscape plants by defoliating branches that alter plant shape and foliage density. The decision of when and how to control bagworms will depend on the size of the populations and on plant location, value, and purpose.

Cultural controls for bagworms include planting less suseptible plant species if bagworms are common. Bags can be mechanically removed by pruning infested branches or hand picking bags. Remember each bag could contain 1,000 eggs so picking them off in fall and winter could make a big difference in spring.

Bagworms are parasitized by several kinds of parasitic wasps. In many cases natural parasitism and predation may keep populations below noticeable damage levels. Because females do not fly, infestations can be concentrated and localized in a landscape. For example only four or five trees in a hedge row of 50 plants may be infested. Scouting can verify this.

Insecticides labeled for caterpillar management can usually help control bagworms. However, contact insecticides may fail because bagworms live inside a water-proof bag. Thus, it is best to have an insecticide that kills when it is injested. Insecticides for bagworms and other caterpillars in in the North Carolina Agricultural Chemicals Manual.

If the bagworms are first noticed in late summer, it is too late to do anything but physically remove the bags. By then they have already mated and females have already laid eggs inside their bags for next year's generation. It's best to use a very sharp knife or utility razor to cut the silk band that bagworms wrap around and around the twig just before they pupate inside. If you merely pull the bag to remove it, the silk band may slide along the twig and shear off the needles. If not removed, the silk bands sometimes girdle the twig, which causes it to eventually die and break off at that point. Bagworms removed from the tree should be kept in an open, dry paper bag to allow parasites to emerge from the removed bags to parasitize other bagworms in neighboring landscapes.

Late May or early June is a perfect time to spray for bagworms as then the caterpillars are tiny and very susceptible to pesticides. At that time, use a pyrethroid such as permethrin or bifenthrin because pyrethroids have a longer residual life than most other insecticides. These pesticides are readily available at most garden centers and big box stores.

For assistance with a specific problem, contact your local N.C. Cooperative Extension center.​