Ground beetles tend to live for several weeks during which they mate and pass on their genes. Some bombardier beetles can survive for several years under ideal conditions. Ground beetles lay eggs in small underground tunnels or cracks of rotting wood or even in decomposing remains of other organisms. From the egg hatches a tiny larva that feeds feeds on hapless animals it encounters as it molts and grows. With the ultimate larval molt emerges the pupa, a non-feeding developmental stage. Eventually the pupa molts and a new adult bombardier beetle emerges. Bombardier beetles are sometimes gregarious and may congregate with others in hollow logs or other dark, damp places. 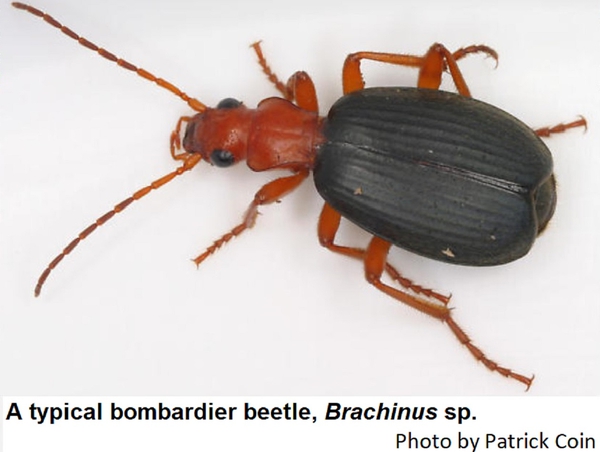 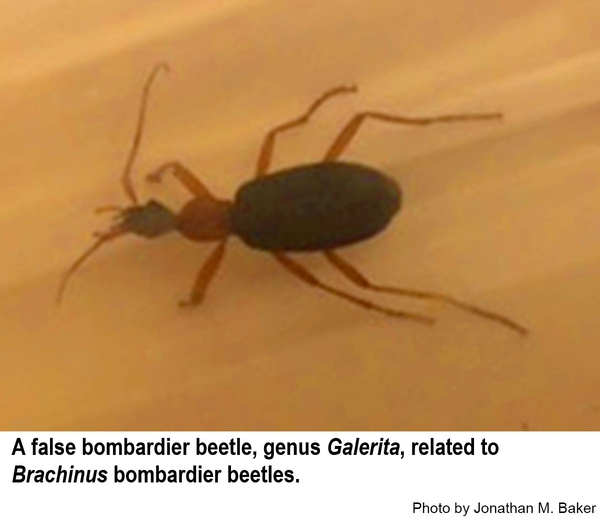 Bombardier and false bombardier beetles are usually not abundant but not rare.

Bombardier and false bombardier beetles are usually not abundant but not rare.

Bombardier beetles have not been reported as plant pests.

Because bombardier beetles prey upon other insects and small organisms, they are probably more beneficial than harmful in the home landscape. If a beetle is handled, keep it away from the face as their defensive expulsion of quinones is quite irritating to the eyes.

For assistance with a specific problem, contact your local N.C. Cooperative Extension Center