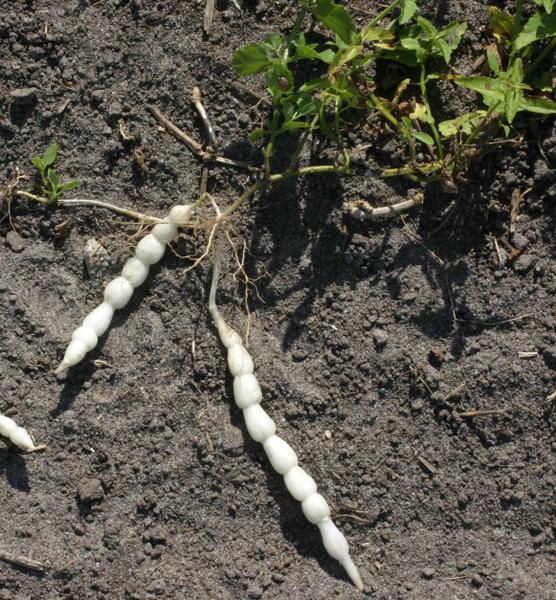 Casoron controls many herbaceous perennial weeds such as Florida betony.

Casoron controls many herbaceous perennial weeds such as Florida betony.

Skip to Major Weeds Not Controlled

Hemp dogbane, brambles and vetch are not controlled. Weeds germinating in mid- to late summer will not be controlled, in particular, late-germinating annual grasses.

Skip to For Best Results

Apply in fall before soil freezes. Irrigation or precipitation is necessary after treatment. Soil temperatures must be 55°F or less or rapid losses will occur.

Skip to Cautions and Precautions

Do not use on sandy soils. For perennial weed control, do not make surface application to areas cultivated during the fall or summer before application. Do not use for six months after planting rooted cuttings. Do not use in seedbeds, transplant or cutting beds, or greenhouses. Do not allow granules to lodge in foliage (especially conifer species) or to accumulate and contact trunk at or below the soil line. See the label for specific precautions for varieties / species of azalea, holly, and pine. Do not use on firs, hemlocks, and spruce. In research, potentilla, viburnum, and lilac were injured when dichlobenil was applied before one full season of growth. See label for additional precautions.

At the rates labeled for use in nursery stock, residual control will last into early summer. Mulch atop the herbicide will extend the length of residual control. Cultivation in late spring will reduce the residual control. Higher rates will provide longer residuals, but crops may be injured.

Skip to Volatility and Leaching Potential

Symptoms and Mode of Action

Skip to Symptoms and Mode of Action