Common ragweed (Ambrosia artemisiifolia) is a summer annual weed that emerges early in the spring. It is often found in cultivated areas, but also occurs in roadsides and landscapes. It prefers heavy soils as opposed to sandy soils, and does not tolerate heavy mowing. The deeply dissected leaves are arranged oppositely when young, and alternately in older parts of the plant. Leaves are hairy on both surfaces. Ragweed produces copious amounts of pollen in the late summer, and often causes allergy problems.

Maintain a dense, actively growing turf through proper mowing, fertilizing, and watering practices. Mow at the proper height for your selected adapted turfgrass. Coring and traffic control reduce compaction and encourage desirable turfgrass competition. It is best to control this summer annual broadleaf weed in late spring or early summer because it is easier to control at this time and the turf will have a greater chance of recovering the areas previously occupied by weeds. 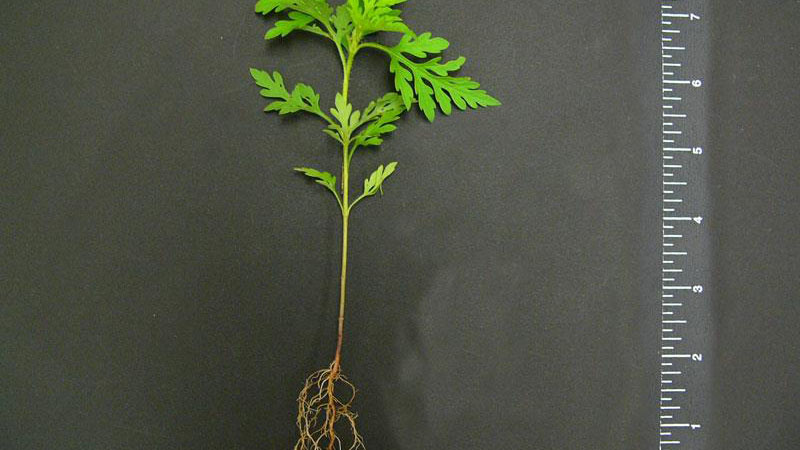 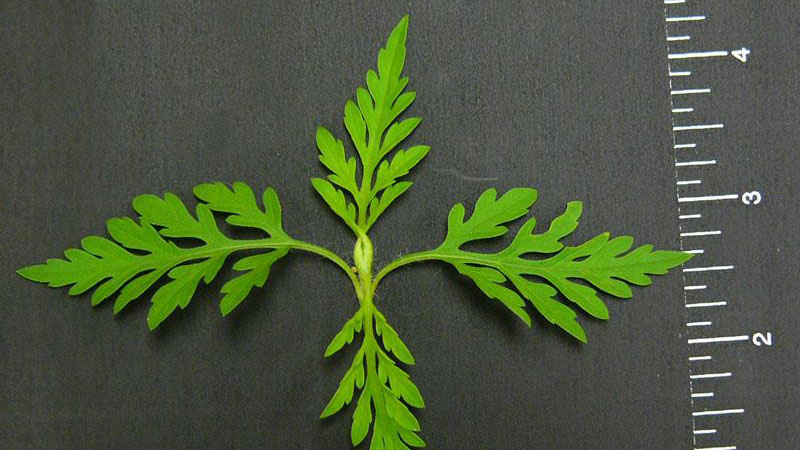 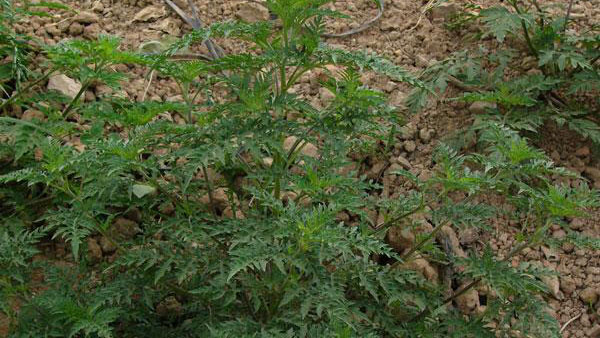 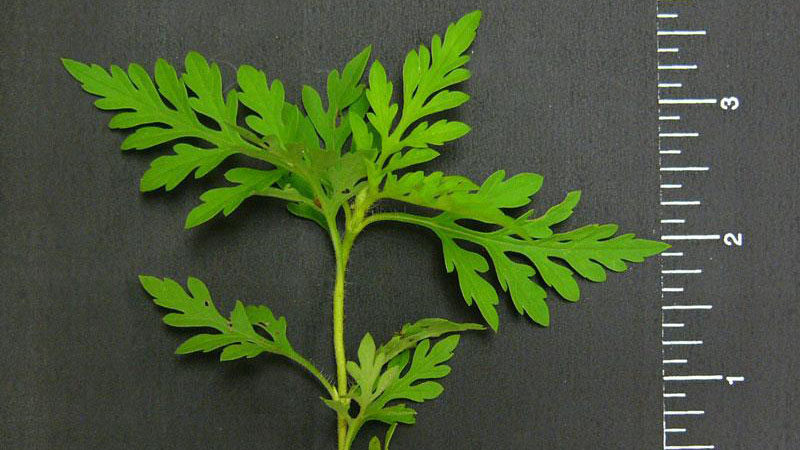 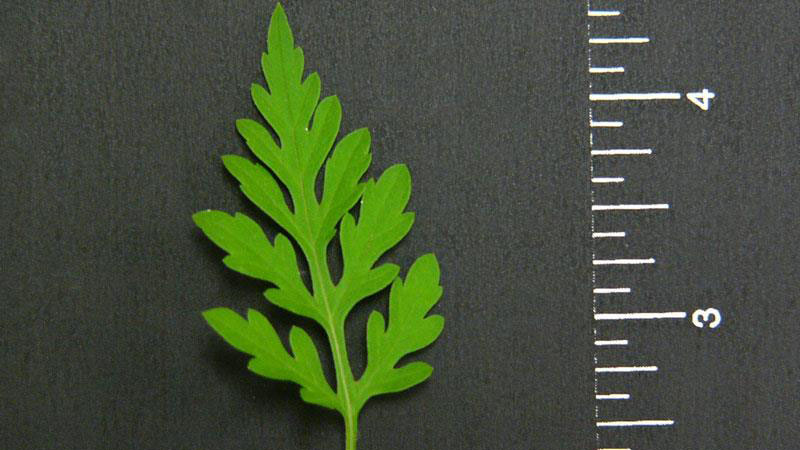 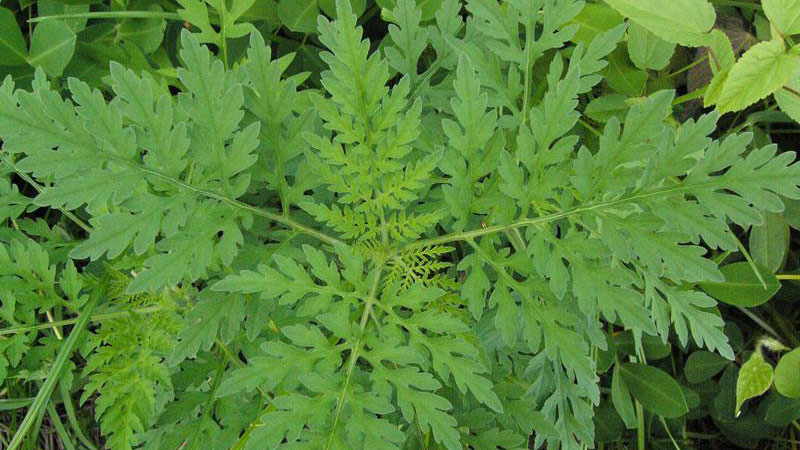