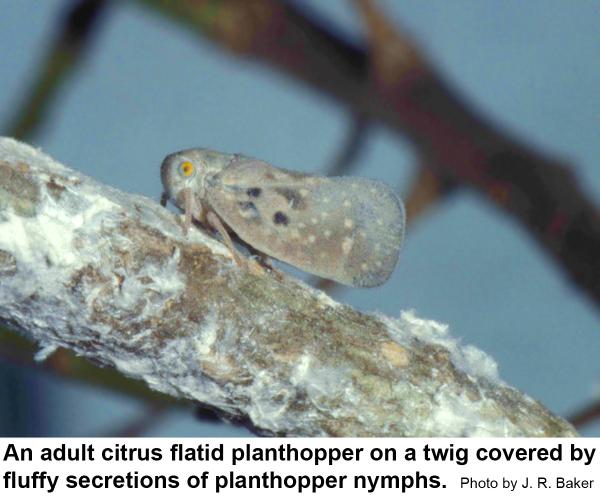 Citrus flatid planthoppers do little actual harm to the shrubs they feed on.

Citrus flatid planthoppers do little actual harm to the shrubs they feed on. 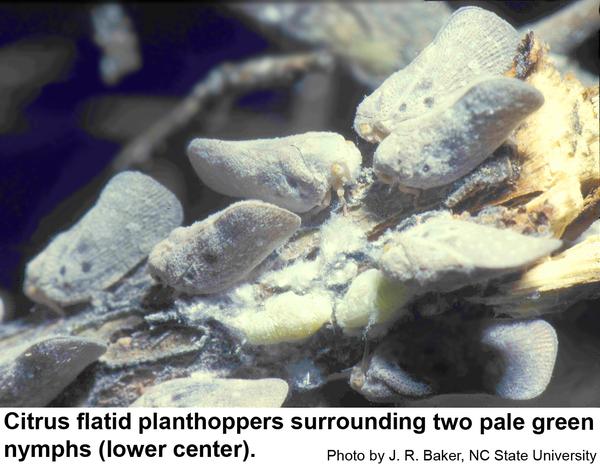 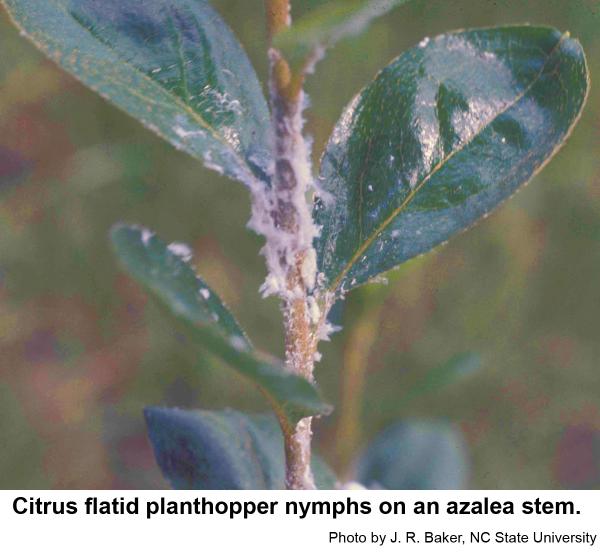 Flatid plant-hoppers feed on numerous trees, vines, and ornamental herbs. They are commonly reported on shrubs in North Carolina. Flatid planthoppers are usually not abundant enough to cause real damage to the health of ornamental plants. Their waxy secretions and the honeydew they excrete disfigure plants and make them sticky to touch. Sooty molds may grow in the honeydew, further disfiguring infested plants. Rarely are planthoppers abundant enough to kill twigs by feeding or by egg deposition under the bark.

Flatid planthoppers spend the winter as eggs under the bark of various shrubs and trees. Nymphs hatch from the eggs in spring and summer and feed on sap by sucking it through needlelike mouthparts inserted in the bark or leaf. As the nymph feeds, it secretes a white, fluffy secretion that covers its body and the twig or leaf around it. Nymphs also excrete honeydew. Adults appear during the summer. Females lay eggs by inserting them into the bark. We have one generation per year in North Carolina.

The biology of the green coneheaded planthopper is similar to that of flatids. They overwinter as eggs inserted in the bark of woody plants by a heavily sclerotized, sword-shaped ovipositor. They feed on a wide variety of mostly woody plants. Their nymphs have been found feeding in mixed species assemblages of acanaloniine and flatid planthopper nymphs. They also secrete copious amounts of fluffy secretions that may help protect them from insect predators. 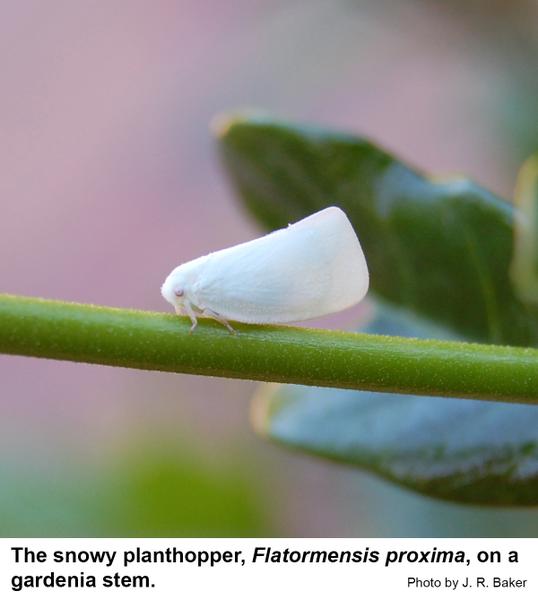 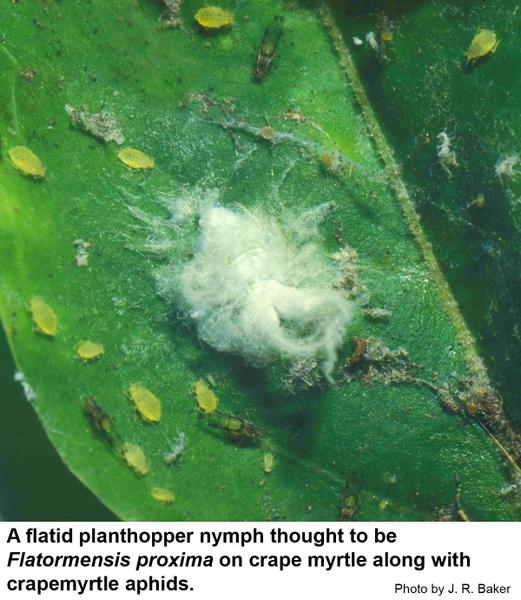 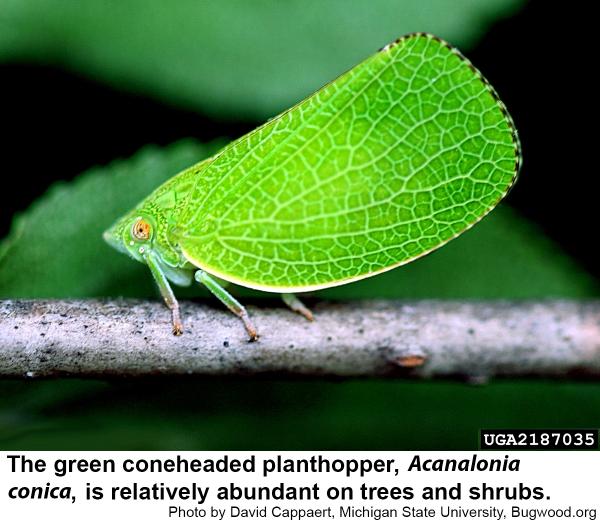 Green coneheaded planthoppers are rare in the landscape.

Green coneheaded planthoppers are rare in the landscape.

Planthoppers and their nymphs can be dislodged by spraying infested shrubs with a stream of water from a garden hose. No insecticide is specifically labeled for planthoppers, but pesticides labeled for residential landscape pests that are applied for other labeled pests should more than adequately suppress planthoppers.