Pythium root rot can be caused by multiple species of the oomycete Pythium. In greenhouse systems, the most commonly isolated pathogen is Pythium myriotylum. In field plantings, P. irregulare and P. aphanidermatum have been isolated from stevia.

Skip to Host Crop and Plants

Symptoms are most notable in float systems used to produce stevia seedlings for field transplant. Foliar symptoms may include plant stunting (Figure 1) and leaf curling (Figure 2). When symptomatic plants are pulled from the tray, root lesions and necrotic dead roots are often observed (Figure 3). In the field, symptoms from Pythium root rot are not as easily visualized as greenhouse production. 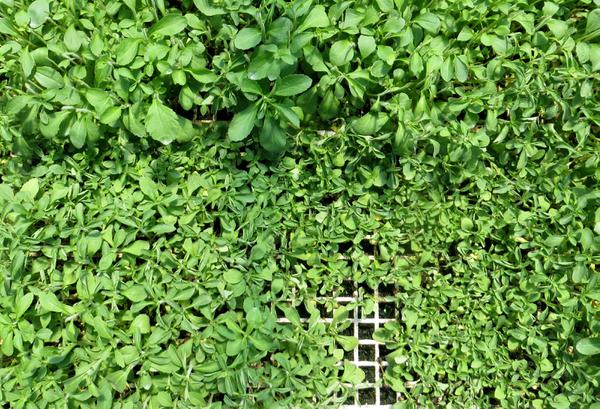 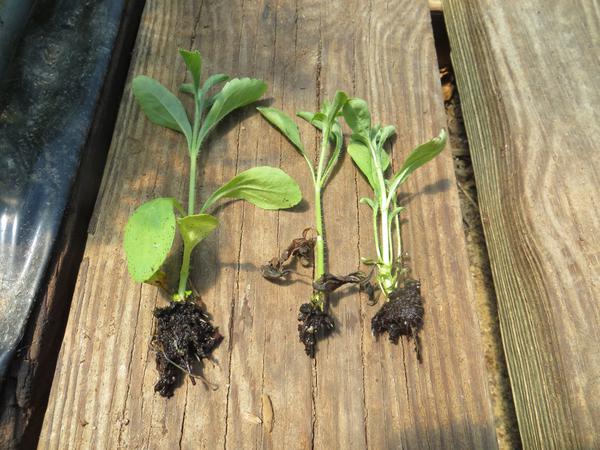 Pythium is able to produce sexual (oospores) and asexual (zoospores) stages. Zoospores are motile and require free water to move allowing them to thrive in water environments like greenhouse float systems. Oospores or other propagules may survive in pores of float trays and serve as the primary inoculum for new infection in float systems. Infected plants will display symptoms of stunting and leaf curl and have very few healthy roots when transplants are pulled from the tray. Infected plants that are transplanted to the field may have difficulty withstanding environmental stressors such as drought or high temperatures due to their reduced root system. If plants can survive the initial transplant window, they are often able to recover and outgrow visible symptoms as plants mature. However, the impact of Pythium root rot and other soilborne pathogens on ability of stevia to survive into perennial production is still under investigation. 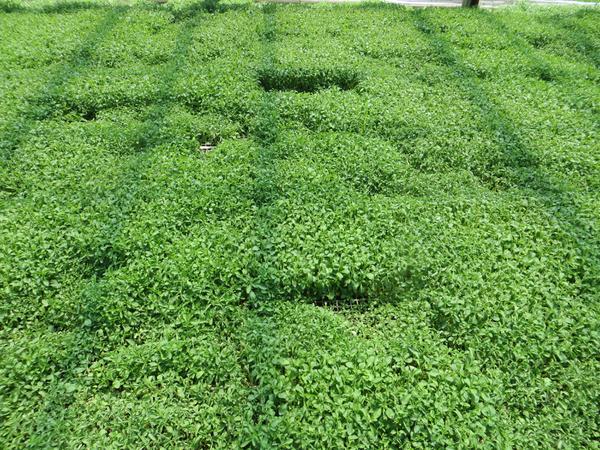 Proper sanitation is the first line of defense to Pythium root rot in stevia greenhouse float systems (Figure 4). If using Styrofoam trays from season to season, trays can be maintained through steam or chlorine-bleach treatments. Since the phase out of fumigants like methyl-bromide, steam sterilization at 170-180˚F for 30 minutes has been the most effective tray sanitation method, but can be cost prohibitive. Alternatively, trays can be dipped in a 10% chlorine-bleach solution and rinsed to remove bleach residues. However, research has shown that the chlorine-bleach dip method is not as effective as steam sterilization. Styrofoam trays become more porous over time and become difficult to effectively sanitize using dip methods (Figure 5).

Avoid use of water sources like unfiltered pond or creek water that could be primary sources of Pythium inoculum.