The rainbow scarab, Phanaeus vindex, is a dark beetle with bright metallic green or green and blue wing covers and with iridescent reds interspersed with golden reflections on the thorax. These beetles are 1/2 to 7/8 inch long. Males have a horn that recurves back over the thorax. This species is a dung beetle that is beneficial in disposing of animal solid wastes relatively quickly. Males and females tunnel under a dung pat and form a tunnel down into the soil. The beetles push the excavated soil into a mound beside the dung pat. Females form a ball of dung, the "brood ball," from the bottom of the pat, and both beetles push it down the tunnel where the female eventually lays an egg on the ball. They then dig an adjacent tunnel and stock it with balls of dung as well for food for the next generation of rainbow scarabs to feed on before the new beetles emerge. A tiny grub hatches and feeds within the ball of dung. It molts as it grows into a typical C-shaped white grub. Rainbow scarabs spend the winter in their tunnels and also feed on the provisions in adjacent tunnels. 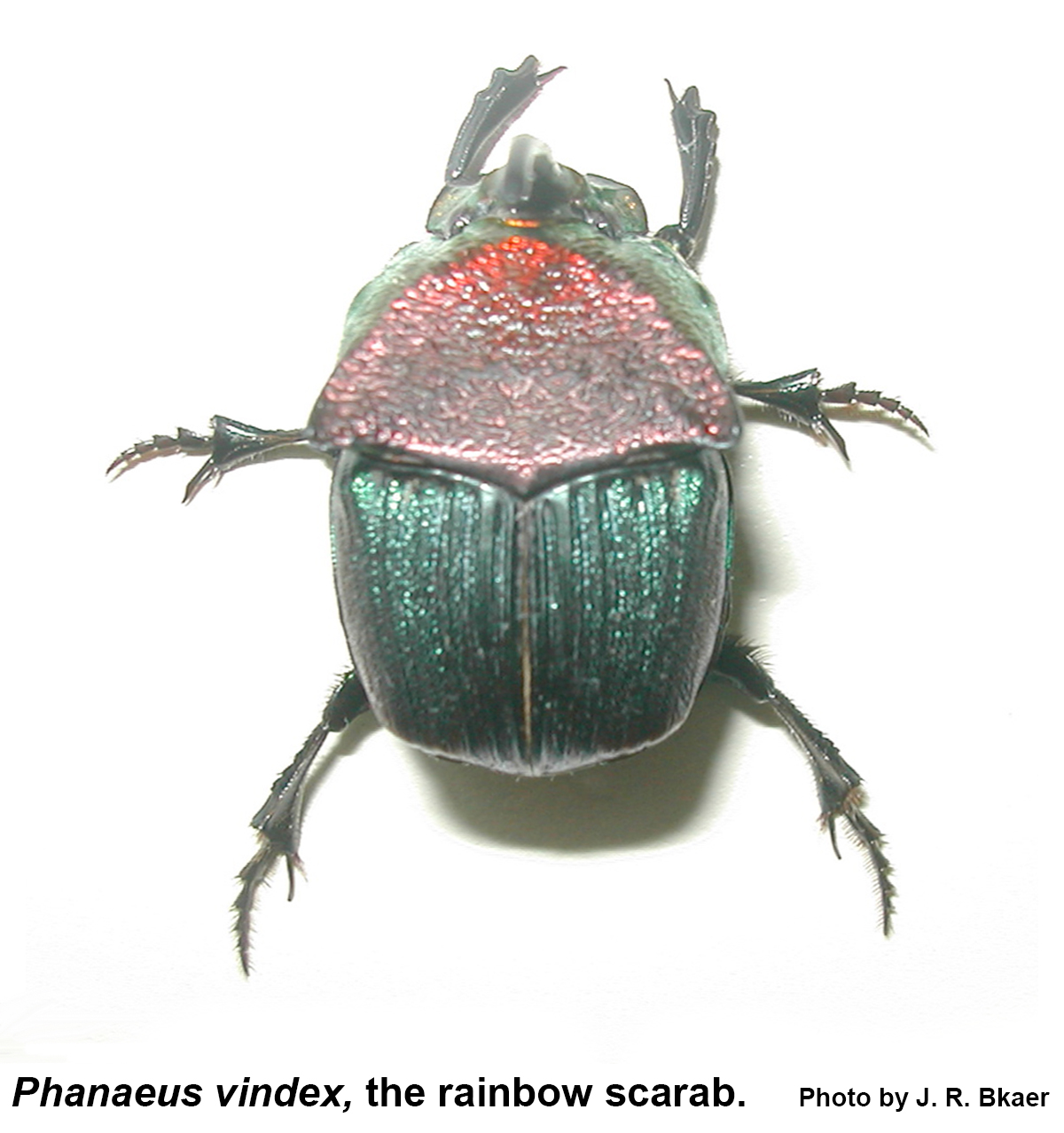 The rainbow scarab has iridescent reds and greens.

The rainbow scarab has iridescent reds and greens.

Rainbow scarabs are usually associated with pastures although they fly about and may be found some distance from the nearest cattle or horses.

Since the rainbow scarab is beneficial rather than harmful, no chemical control is needed.