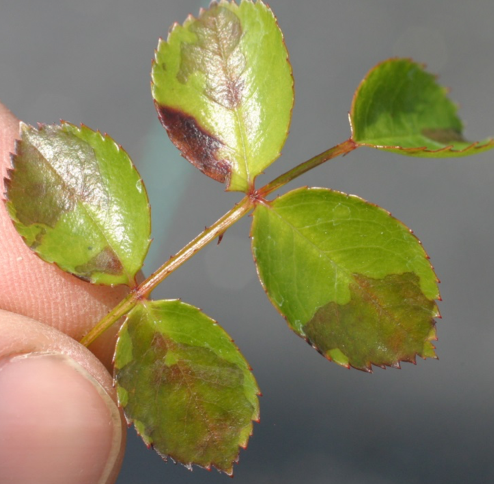 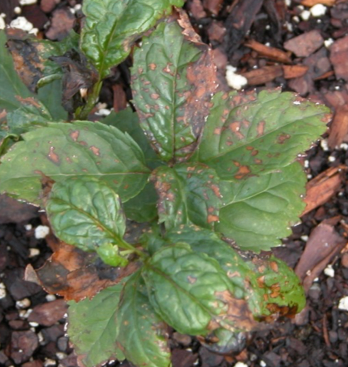 S-metholaclor injury to cleome. Contact injury following an overdose of the herbicide.

S-metholaclor injury to cleome. Contact injury following an overdose of the herbicide.

Shoot inhibitor herbicides are soil applied, preplant incorporated, preemergence at planting or post-transplant. The herbicides are absorbed by germinating seedling shoots/roots prior to or at the time of emergence. Annual grasses and nutsedge are the primary targets but some small-seeded broadleaf weeds are also controlled. Herbicides can be absorbed by foliage when applied over new growth.

Shoot inhibitor injury symptoms are visible in just a few days following treatment. The chloracetamides and thiocarbamates show active soil movement even in higher organic soils, unlike the root inhibiting dinitroanilines. Injury symptoms from foliar sprays are typically restricted to contact injury on foliage present at the time of treatment, or malformed growth on new shoots forming soon after treatment.

Shoot inhibitor injury may be confused with symptoms from: