Two-spotted spider mites overwinter on weeds in the vineyard. In the spring, spider mites lay eggs on the leaves of their host plants. Mites go through a series of immature stages, called nymphs, before becoming adults capable of reproducing. Newly hatched spider mites have six legs, while larger nymphs and adults have eight legs. Spider mites have numerous generations per year, and generation time depends on temperature. During the warmest part of the summer, mites can go from egg to adult in less than a week, allowing populations to build rapidly. Mites grow best during periods of warm, dry weather. 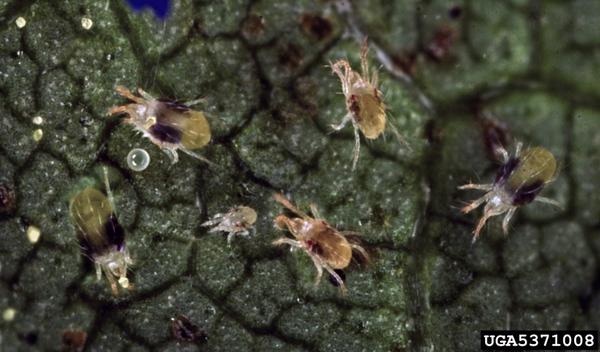 Spider mite egg, nymph, and adults on a leaf.

Spider mite egg, nymph, and adults on a leaf.

Mites feed by sucking out the contents of individual plant cells. This feeding causes a speckled yellowing or bronzing of grape leaves. At low levels of feeding, grape plants can tolerate this damage with little yield loss. However, large mite outbreaks can cause browning of the leaves and reduce yields. In North Carolina, natural enemies of spider mites, usually keep populations in check below damaging levels, but occasionally outbreaks occur during periods of hot, dry weather or after applications of broad spectrum pesticides that kill off natural predators. 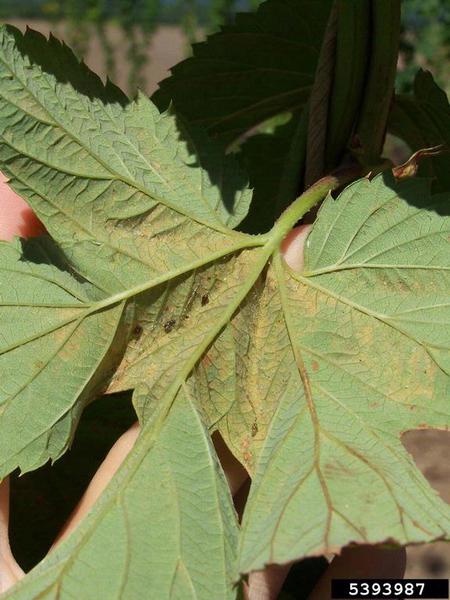 Adult mites are about the size of a fleck of pepper (1/50th of an inch) and can be most easily observed with a hand lens. As mites are difficult to see directly, growers should check leaves for signs of damage and webbing. No economic thresholds exist for spider mites in North Carolina. 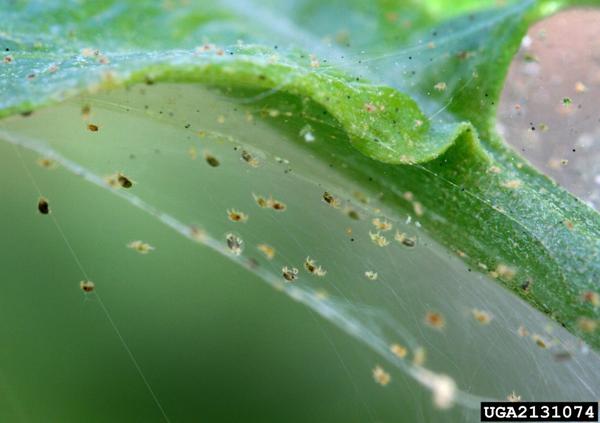 Spider mites often make a characteristic mat of thin webbing to protect themselves from predators.

Spider mites often make a characteristic mat of thin webbing to protect themselves from predators.

Organophosphate and pyrethroid insecticides used to control other pests are a common cause of flares of spider mites. Avoiding use of these materials can reduce the risk from mites. A number of miticides are labeled for controlling mites in grapes.

A few organically acceptable insecticides exist for two spotted spider mites, most of which are horticultural oils or soaps. As these materials make the leaves more sensitive to chemical burn injuries, oil or soap based miticides should not be used in conjunction with, or immediately before or after, fungicide sprays or foliar fertilizer sprays. Multiple applications may be necessary to control spider mites.