Skip to Background and Description

Variegated leafroller (Platynoda flavedana; VLR) is a tortricid moth distributed throughout much of the eastern and central US, but is usually not a major pest in North Carolina.

Adult VLR are 1/2 inch (12.5mm) long, triangular, reddish moths with pronounced mouthparts extending beyond the head. Wingspan is approximately 1/2 to 3/4 inch (12.5 to 19mm) and a U-shaped line extends across the center of the wings. Pupae are about 1/2 inch (12.5mm) long and light brown. Full-grown larvae are about 3/4 inch long (19mm) and light brown to tan, and eggs are laid on leaves in masses similar to tufted apple bud moth. 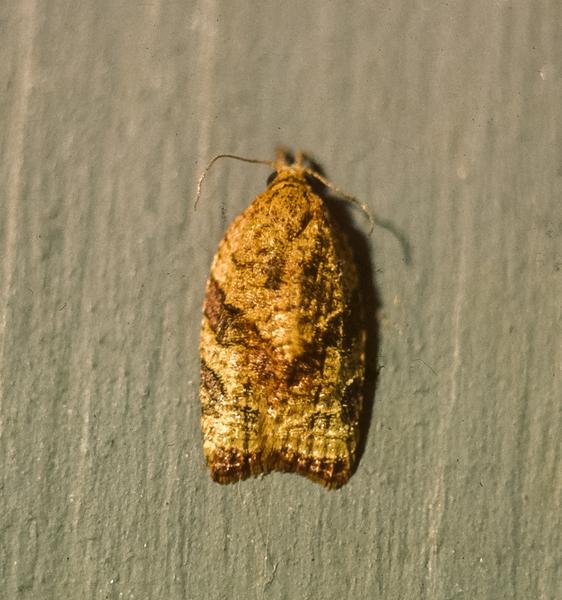 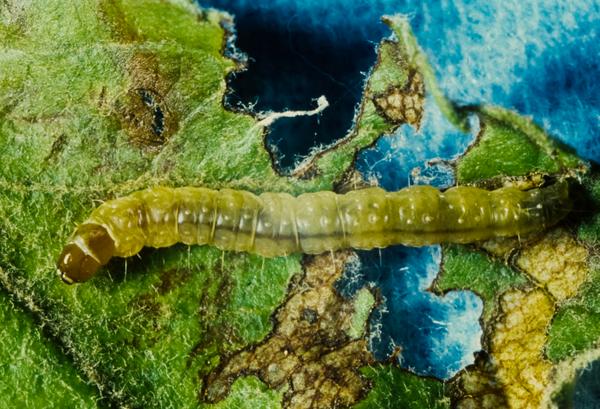 VLR larvae overwinter on the orchard floor, then pupate and emerge as adults in late April. Eggs are laid from late May to June. First generation larvae primarily feed on foliage, though some larger larvae may feed on fruit in July. After pupating, these adults lay eggs which develop into second generation larvae that may attack fruit from August to September.

Damage appears the same as tufted apple bud moth. Larvae may skeletonize the underside of leaves close to the midrib, folding and webbing the leaf together. When larvae feed on the fruit surface, they often protect the feeding site with a web or leaf that is webbed to the apple. Larvae may also attack the cavities at the calyx and stem ends as well as the places where two fruit touch. 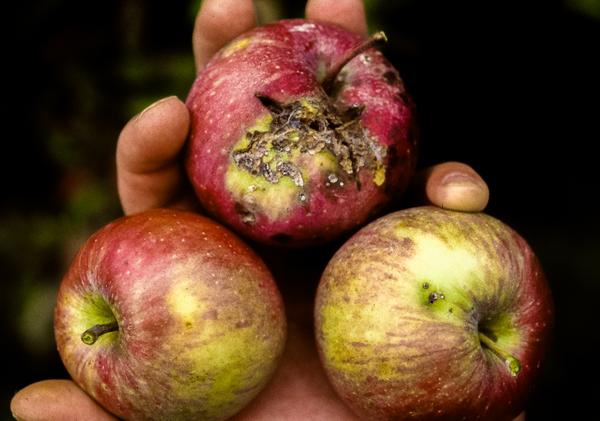 Skip to Monitoring and Control

Unless an orchard has a history of damage, it is doubtful that special precautions need to be taken in NC. New apple sucker growth and broadleaf weeds are important food sources in the spring, so maintain a clean orchard floor to minimize VLR populations.