Venus flytrap cutworms, Hemipachnobia subporphyrea, are light brown caterpillars with a narrow, distinct, pale yellow stripe down the back outlined by darker brown lines. A faint yellow line outlined by slightly darker brown lines occurs on either side of the back. A relatively dark brown, narrow line down each side separates the pale undersides from the brown top side. It is likely that these mature cutworms crawl to the soil surface and dig in to pupate the following spring. In late March to early May, reddish brown moths emerge to mate and lay eggs. The wingspan is about 11/2 inches. Females have slender antennae whereas the antennae of males are feathered. Moths peak in April. The Venus flytrap cutworm is confined to the fragmented distribution of Venus fly taps and the population is considered extremely reduced. Colonies are clustered in wet pine savannas, a habitat that needs fire to persist, 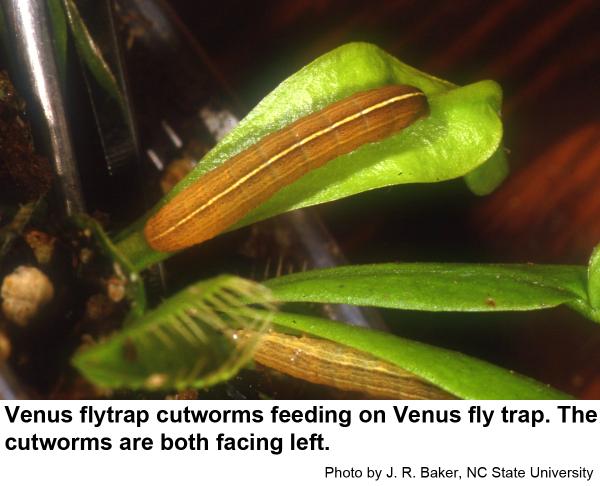 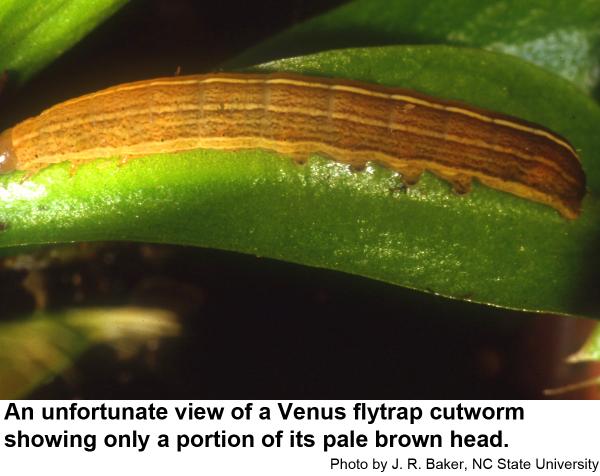