Yucca plant bugs have been found feeding on five species of yucca and on Dasylirion, a yucca-like plant. Yucca plant bugs do about the same kind of damage to yucca as lace bugs do to azalea. They stipple the leaves and cause them to yellow and look ugly. They also leave unsightly black specks of excrement on the leaves.

The yucca plant bug, Halticotoma valida, has a dark (navy blue to almost black) abdomen and wings with an orange thorax and head. Adults are about 1/8 inch long. Yucca plant bugs are skittish and shy. Females insert their eggs into the leaf and deposit a light colored material around the cap of the egg. The overwintering eggs hatch in late March and a second generation appears around the first of June. These mature in 3 to 4 weeks. Altogether, there are four generations per year in North Carolina. The nymphs are orange-brown and molt five times until they become adults. In some years nymphs are present until November and adults are present until late December. 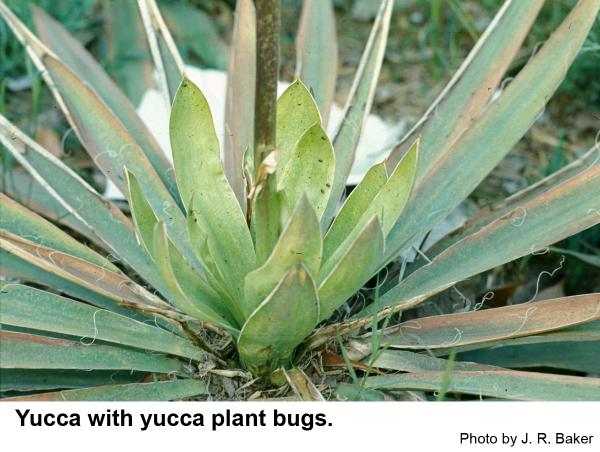 Yucca plant bugs cause yuccas to become speckled and pale.

Yucca plant bugs cause yuccas to become speckled and pale. 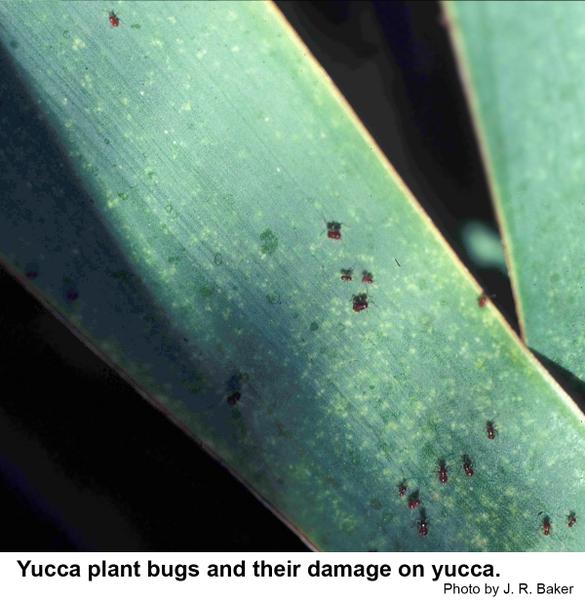 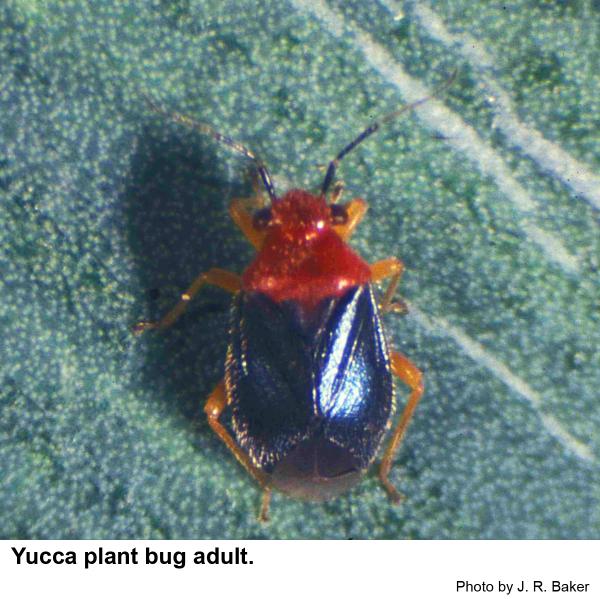 Yucca plant bugs are susceptible to pesticides. Sevin, Orthene or a pyrethroid should give adequate control. It may be necessary to treat again in a few weeks because these pesticides may not kill yucca plant bug eggs inside the leaf tissue.