CAUTION: This information was developed for North Carolina and may not apply to other areas.

The hemlock woolly adelgid, Adelges tsugae, is a small (1/32 inch), reddish-purple, aphid-like insect that covers itself with a white, fluffy secretion. It has a complicated life history. The hemlock woolly adelgid is thought to have originated in Asia. It has been known in the Pacific Northwest for a long time where it is found only on hemlock. In recent years, hemlock woolly adelgid has been found in the Northeast and has finally crept into North Carolina. Infested branches become covered with 3 mm round, fluffy white insects. Some adults have two pairs of wings. Their mouthparts are thread-like and about 1/16 inch long and used to suck sap. The hemlock woolly adelgid overwinters as females within the fluffy masses. They begin laying eggs in February. Eggs are brownish-orange, but darken as the embryo matures. The eggs are also hidden within the white, fluffy secretion. When the eggs hatch, flat, naked, reddish-brown adelgid crawlers move about actively. Once the crawlers settle, they become black with a white fringe around the edge and down the center of the back. Young adelgids live on twigs or at the bases of old needles. They soon secrete a white, fluffy "wool" that completely covers their body. The wingless nymphs resemble adults but are smaller. Infested branches become covered with circular, fluffy, white blobs. Adelgids are parthenogenic and only females are known. Most of the nymphs develop into wingless females that lay eggs in a fluffy mass on hemlock. The second generation of adelgids on hemlock settle down as young nymphs in July to spend most of the summer as tiny black insects with a white fringe. In October or November, they begin to grow and to produce the fluffy white mass. 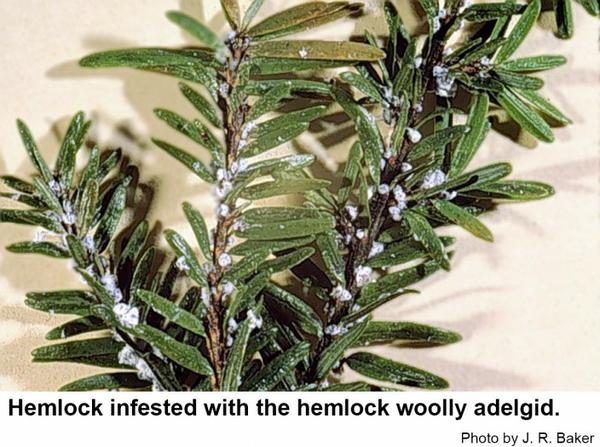 This is an *E*X*T*R*E*M*E*L*Y* damaging pest of hemlock. Once the hemlock woolly adelgid infests a Canadian or Carolina hemlock, the shrub or tree is doomed (unless some sort of pesticide is applied or a biological control agent is available). Sucking sap from young twigs retards or prevents tree growth and causes needles to turn grayish-green, and drop prematurely. The loss of new shoots and needles is highly detrimental to a tree's health. An infested tree may defoliate and die within several years.

Anytime of the year is suitable for hemlock woolly adelgid control as long as the weather is not extremely hot or cold. During the winter, the hemlock woolly adelgid is more difficult to control because the fluffy white secretion protects the eggs from pesticides. One good time to try to control it is in October when the second generation is beginning to develop. The insecticidal soaps and the horticultural oils seem to be very effective for adelgid control. Horticultural spray oil can be applied during the winter and before new growth emerges in spring. Oil sprays may damage hemlock during the growing season, especially in dry weather. Various pesticides are also labeled for the hemlock chermes, and I have no doubt that they will give very good control if applied thoroughly. In addition the systemic insecticide, imidacloprid, also gives good control of the hemlock woolly adelgid and it can be applied to the soil beneath an infested shrub or tree. Pesticides containing imidacloprid or dinotefuran may be useful for specimen trees located away from water sources. These insecticides are systemic and are often applied as soil injection. Dinotefuran may be applied as a trunk spray. Dinotefuran has a faster uptake, and imidacloprid has a longer residual protection. 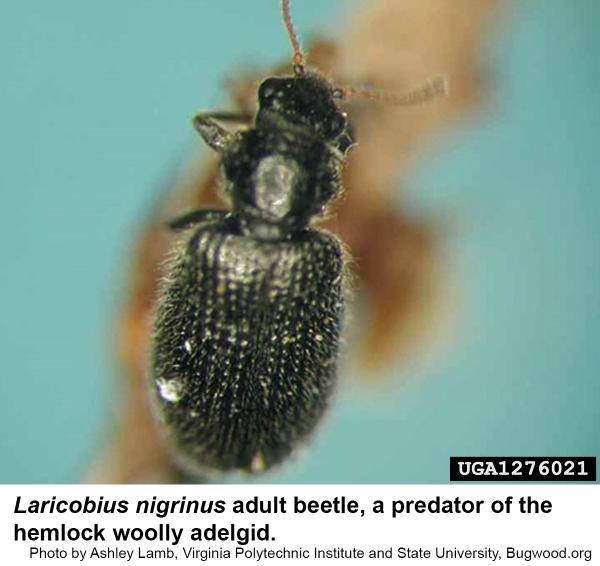 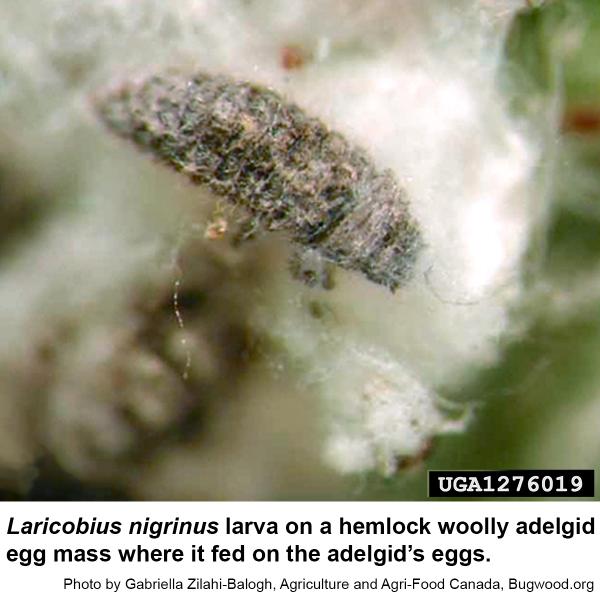 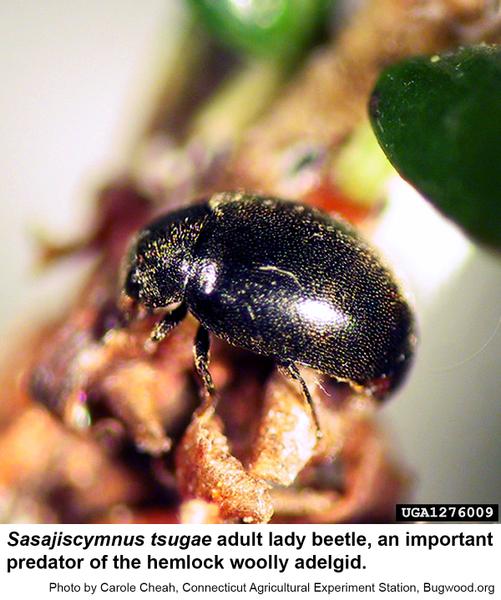 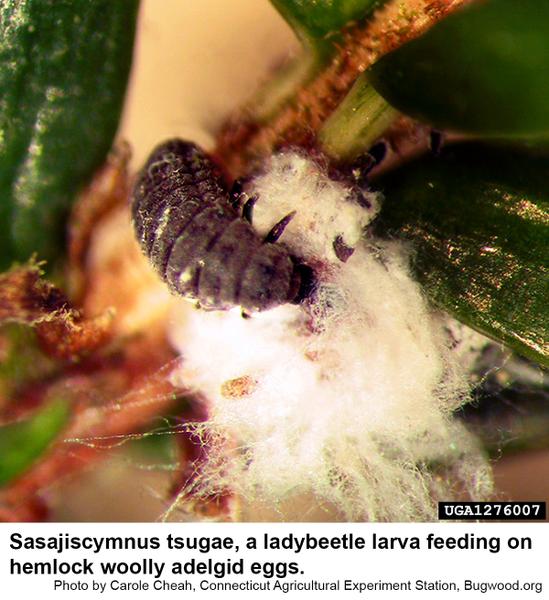