The larger elm leaf beetle, Monocesta coryli, is 3/8 to 5/8 inches long. It is orange with four dark to metallic blue spots. On some specimens, the spots form two broad bands across the wings. Larvae are up to ¾ inch long and are also orange, conspicuous, and easily recognized. 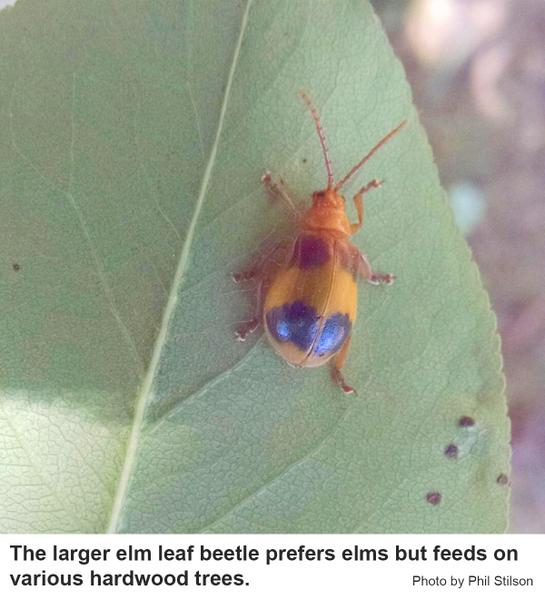 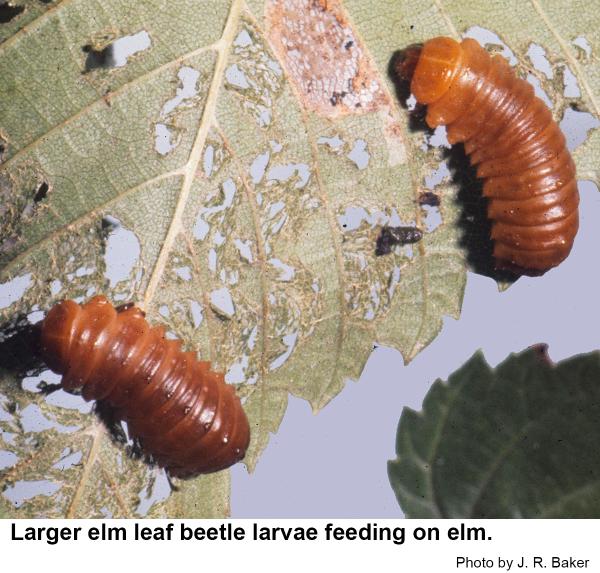 The larger elm leaf beetle often suddenly appears in great numbers, does tremendous defoliation for a year or two and then disappears for years. Sometimes groups of larvae can be seen on the soil surface beneath a tree. The beetles overwinter as grubs in the soil. In spring they pupate, and new adults emerge from the soil and begin laying 24 to 58 eggs in yellow, crusty masses on the undersides of leaves. Eggs hatch in about two weeks. New larvae are about 1/8 inch long and greenish-yellow. They feed in groups for three or four days before dispersing. Mature larvae crawl down the tree and wander for a few days before digging into the soil to overwinter. Grubs pupate the next spring, and new adults begin emerging in May. Adults and larvae excrete an orange fluid when disturbed. 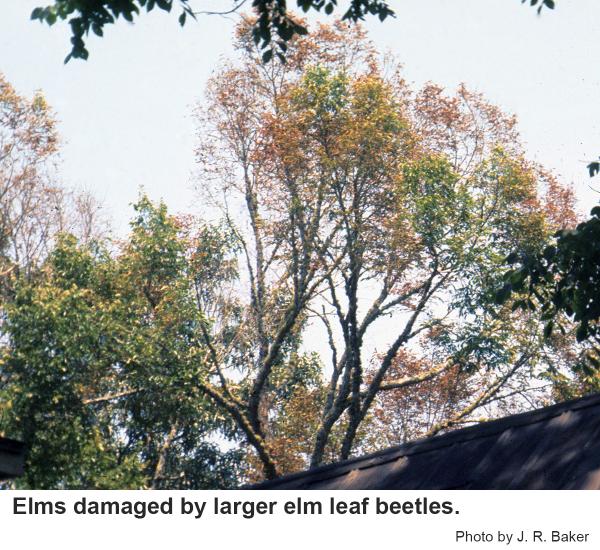 The tachinid fly, Icelia triquetra, and other parasites usually keep populations of larger elm leaf beetles below noticeable levels From time to time, these beetles "escape" their parasites, predators, and diseases and become noticeable defoliators for a year or two and then seem to die away. Larger elm leaf beetles are not reported to be resistant to insecticides, so it can be controlled with most insecticides available in garden centers that are labeled for home use. If severe defoliation occurs early in the growing season and if the tree is small enough to treat and if the tree is important in the landscape, it may be worthwhile applying an insecticide. Most of the pyrethroid insecticides for sale in garden centers labeled for residential use should give adequate control.