Palmetto scale, Comstockiella sabalis, is one of the armored scale insects. Females are pink to reddish and more or less round in top view. The armor is white and it has a slightly off center first instar cast skin that is usually white to yellow. Females have circular armor, and males have slightly smaller and more elongate armor. Females lay at least eight cream to pink eggs under their armor. Males are tiny, pale, winged insects with four eyes but no mouthparts. They emerge from under their armor and try to find and mate with a female before dying a short time later. 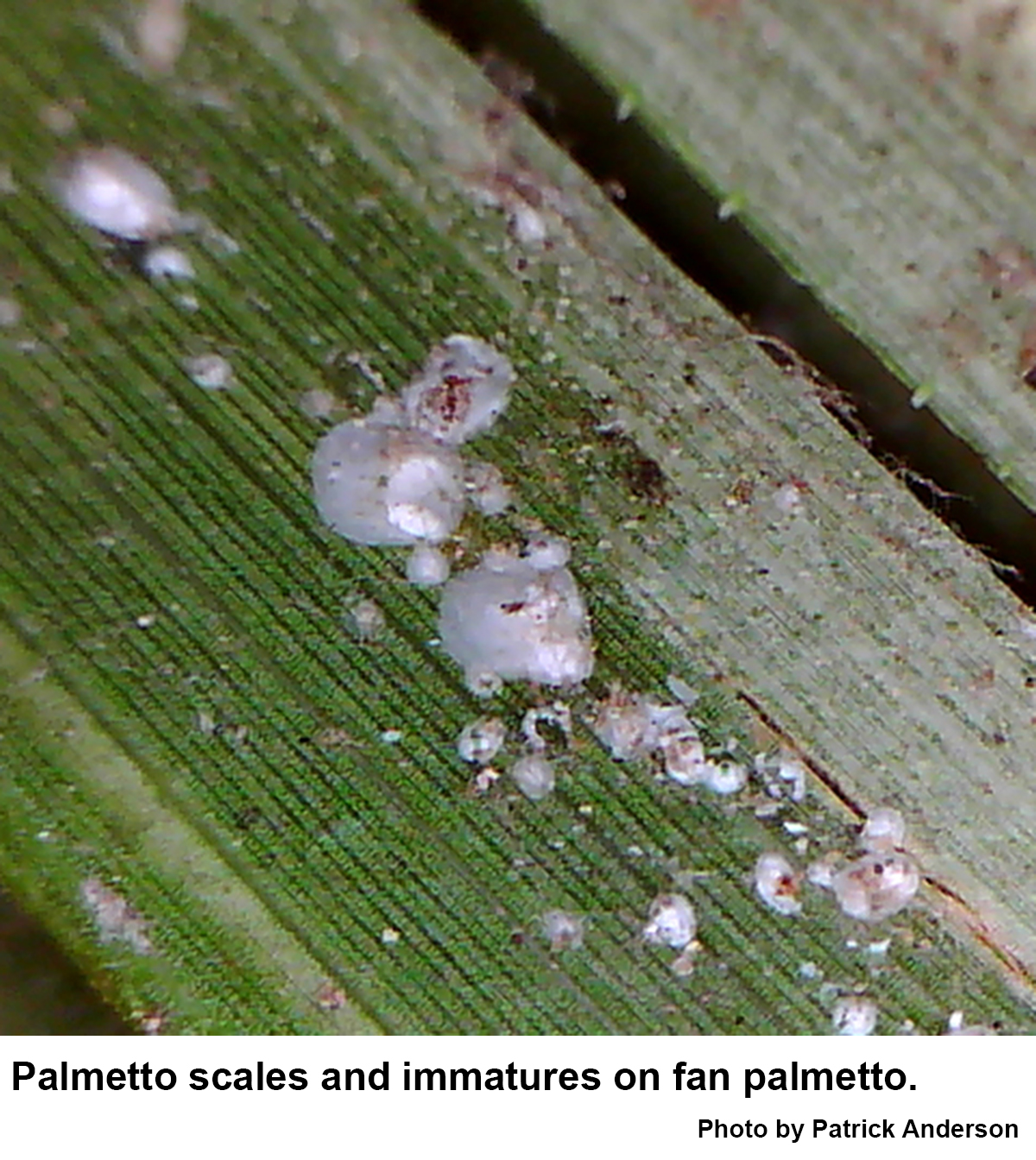 Although the palmetto scale may occur on palms, it is not particularly damaging as long as its parasites are present. Apparently its saliva is not acutely toxic. On the other hand, the scale is probably not really helping its host plant either. When palmetto scale was accidently introduced to Bermuda, it caused severe damage and death to many Bermuda palmettos. But when parasites were then introduced, the palmetto scale population dropped to acceptable levels. Cabbage or sabal palm, coconut palm, dwarf palmetto, Mexican blue palm, Mexican fan palm, San Jose hesper palm, and saw palmetto are all hosts of the palmetto scale insect.

Palmetto scales are susceptible to horticultural oils. It would be well to use not more than the 2% rate to prevent phytotoxicity. The plant should be well irrigated before treatment and kept out of direct sunlight until the pesticide residue evaporates to prevent damage.