Results of seeding rate research in conventional North Carolina soybean production, located in the North Carolina Soybean Production Guide, demonstrated over many environments that soybean yield does not significantly increase with plant densities exceeding 75,000, 90,000 and 110,000 plants/acre with May, June, and July planting dates, respectively. This is the case in conventional production with herbicide use, but for organic soybean producers, increased seeding rates improve early soybean canopy density, which shades out weeds in the early stages of weed competition. Compared with the cost of genetically modified organism (GMO) seed technology fees, organic soybean producers can increase seeding rates with much less of a negative impact on economic return.

The observed yield response due to increased planting rates was unexpected for conventionally managed soybeans. It must be noted that such results are contradicted by years of small-plot trials conducted in North Carolina and the response of soybean yield to seeding rate is variable depending on soybean planting date.

Although no soybean lodging was observed in this study, it could become an issue at higher soybean planting rates. 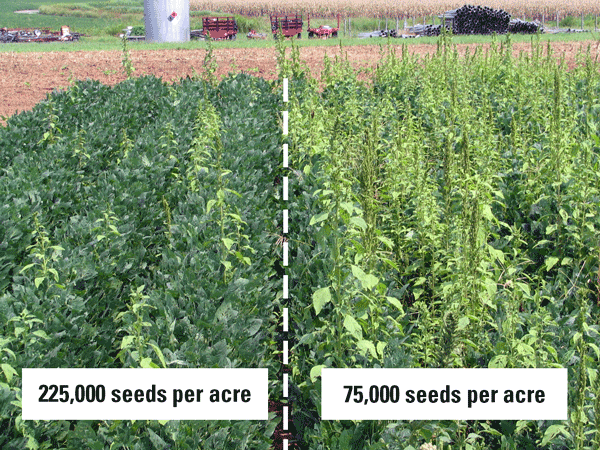