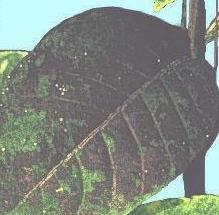 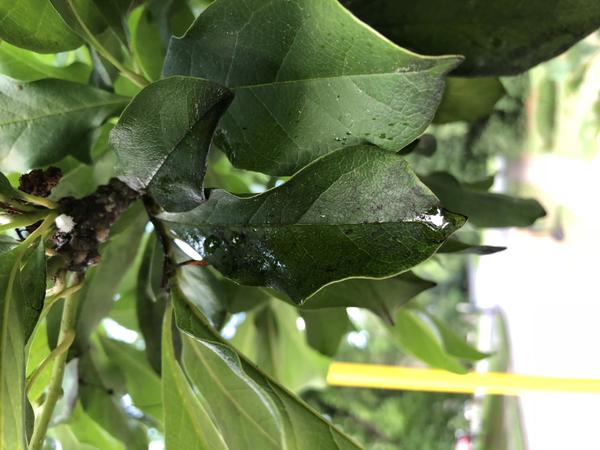 Honeydew and sooty mold from a tuliptree scale infestation on magnolia.

Honeydew and sooty mold from a tuliptree scale infestation on magnolia.

Sooty molds are not plant parasites. Sooty molds are associated with sucking insect pests (aphids, scales, mealybugs, psyllids) that extract sap from the phloem tissue. Soon after a plant is heavily infested with such a pest, it is usually covered with honeydew. Sucking pests ingest copious amounts of sap to extract nutrients. Much of the water and sugars in the sap pass though the insect are excreted. Unless washed off by rain, the honeydew clings to the plant (and objects below). Spores or fragments of sooty molds are blown are carried to the honeydew and new colonies of sooty mold develop. 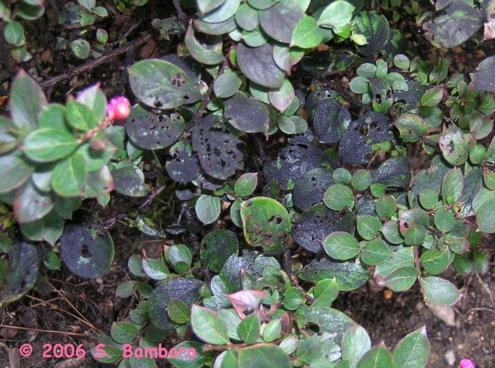 The first step in control of sooty molds is to suppress the aphids, scales, or other pests that are excreting the honeydew on which sooty molds subsist. If one of the horticultural oils is used for control, it also has the advantage of helping to loosen sooty molds frorm the plant surface. This hastens the weathering away of the sooty molds. Horticultural oils are formulated by many companies are available through garden centers, hardware stores, and like establishments.

Numerous other insecticides are labeled for aphids, scales, mealybugs and other sucking insects. These insects are covered in more detail in the Southeastern US Pest Control Guide for Nursery Crops and Landscape Plantings.