Forests and woodlands provide environmental, economic, and social benefits to their owners and nearby communities. In North Carolina, over three-quarters of approximately 18.7 million acres of forestland are owned and managed by over 525,000 non-industrial private forest (NIPF) landowners (Bissette and Arney, 2020). These private forest and woodland owners are the stewards of these forests, and in order to effectively manage them, it is important for them to be knowledgeable about the various aspects of forest and forest management. To facilitate effective educational programs for NIPF landowners, agencies and organizations must have a better understanding of the educational needs of these landowners. To do this, NC State Extension Forestry conducted an educational needs assessment of North Carolina’s NIPF owners in 2020.

The needs assessment was designed to gauge North Carolina’s NIPF landowners’ needs related to training in forestry. Objectives of the assessment were to:

A survey was conducted among 3,000 NIPF landowners equally distributed across 15 North Carolina counties. These counties were selected using a stratified random sample of all 100 counties distributed between five Cooperative Extension districts (Figure 1). Three counties were selected in each district, with at least one being urban, one rural, and all three representing NC Department of Commerce’s three economic tiers of distress. Landowners were randomly selected from county parcel data obtained from North Carolina’s OneMap, an online geodatabase. To be eligible to participate, landowners had to own at least 20 acres of forestland.

The survey utilized for the assessment was developed with support from the NC State Extension State Program Leader for Extension Evaluation, tested with NIPF landowners, and approved by NC State University Institutional Review Board for the Protection of Human Subjects in Research. The survey was an internet-based survey administered through Qualtrics, with an option to complete a printed version of the survey. The survey was administered over a six-week period in June and July 2020, with landowners being notified by mail. Reminder cards were mailed after approximately two and five weeks following the initial notice of the survey.

The overall response rate for the study was 9.3%, or a total of 281 returned surveys. Of the 281 returned surveys, 242 respondents fully answered the questions on land ownership reasons, knowledge, and interest in forestry topics. The 281 responses were utilized in summarizing general demographics and landowner comparisons.

Findings in this needs assessment are similar with the outcomes from previous studies conducted of forest landowners in North Carolina, educational needs assessment of southern forest landowners, and the National Woodland Owner Survey (Bardon, Hazel and Miller, 2007; Measells et al., 2006; USDA Forest Service, 2021). Similarities in landowner socio-demographics and reasons for owning land across the studies indicate that this study’s findings are applicable to NIPF landowners in North Carolina who own 20 or more acres of forestland.

In general, NIPF landowners are older white males who have achieved a college degree or higher. Most of them have an income greater than the state median income of $54,000. Having a fairly high income level could be an indicator of discretionary income available for investment in managing their forestland. Nearly half of the respondents indicated being retired. Approximately three out of four respondents considered themselves somewhat engaged in the management of their forest land. An engaged landowner is defined as one who seeks knowledge about forestry; implements forestry practices such as timber harvesting, wildlife habitat improvement, or other activities; and may use technical assistance to achieve their goals. An unengaged landowner is defined as one who is aware of owning wooded land, but does nothing related to forestry or the management of their land.

A summary of the respondents’ demographics follows:

NIPF landowners who responded to the survey own significant amounts of forestland, 289 acres on average (with a range of 8 to 15,000 acres) and have owned their land for an average of 25 years out of a range of 1 to 150 years.

About 54% of the respondents indicated that they purchased their land, while 42% inherited theirs and the remaining 4% acquired the land by other means. Joint ownership among the landowners is prevalent (73%), commonly as joint owners (58%) or through a partnership or trust (15%).

NIPF landowners were asked about the following reasons for owning forestland: to protect nature, beauty and scenery, to protect wildlife, land investment, firewood, timber production, recreation, vacation home, family heritage, privacy, grazing income, alternative income, and mineral leasing. Most of the respondents place a higher value on the intrinsic values for owning land, such as nature (77%), beauty and scenery (70%), and wildlife (70%), over other values of owning land, such as land investment (57%), timber production (51%), or other financial motives (Figure 4).

Nearly 60% of NIPF landowners live on or within 30 minutes of their land while 29% live more than an hour away.

Most of these landowners indicated a moderate to extreme interest in a wide variety of forestry topics, with the greatest interest related to landowner liability (71%), passing the land on (70%), government incentive programs (67%), and forest management plans (64%) as shown in Figure 6. Figure 6 also shows that the majority of respondents indicate a moderate to extreme level of interest in wildlife habitat management (58%), tree planting (58%), forest health (58%), protecting water quality (57%), heirs property (53%), timber tax (52%), selling timber (52%) and forest certification (51%). For the remaining topics, Figure 6 shows a limited number of respondents have a moderate to extreme interest in forest products (45%), forest soils (41%), prescribed fire 40%, alternative income (37%) and climate change (35%).

Most respondents (57%) indicated that not being aware of educational programs is the main reason limiting them from meeting their educational needs related to forestry (Figure 7). Other limitations included not enough time (15%), program too far to attend (12%), currently meeting educational needs (11%), topics are not of concern (4%), and no internet (1%).

To reach North Carolina’s NIPF landowners, it is important to know how they prefer to receive their information and who they go to for forestry information. The majority of responding NIPF landowners prefer to receive information via mailed materials followed by online materials. They are as likely to prefer online programs as in-person programs. Respondents predominately utilize broadband internet, with the majority of them using either computers or mobile phones as their gateway to the internet.

NIPF landowners were asked about their awareness and utilization of the following sources of forestry information: consulting foresters, the North Carolina Forest Service, N.C. Cooperative Extension, loggers or timber buyers, neighbors, federal agencies, non-governmental organizations, media, and landowner associations and the results are shown in Figure 11.

A majority of respondents were least likely to be aware of forest landowner associations (57%). A majority (57%) of respondents indicated not being aware of landowner associations as a source of forestry information. Figure 11 also indicates a limited number of respondents were not aware of the following sources of information: media (42%), federal agencies (40%), NGOs (37%), neighbors and loggers or timber buyers (33%), consulting foresters (29%), N.C. Cooperative Extension (26%), and NC Forest Service (15%). 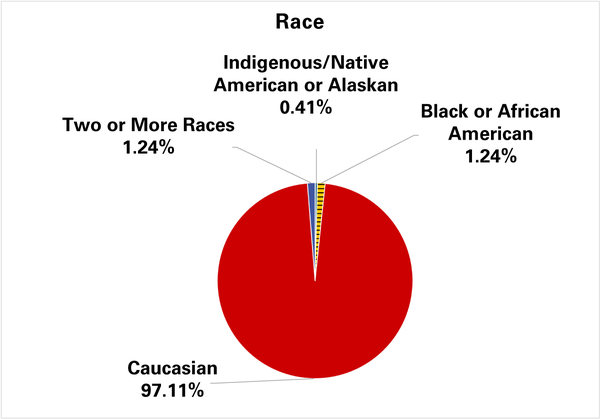 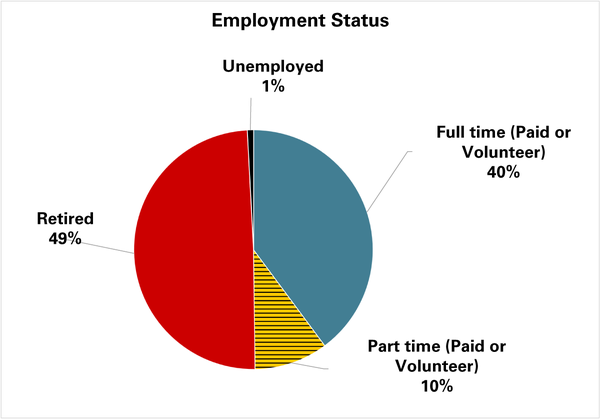 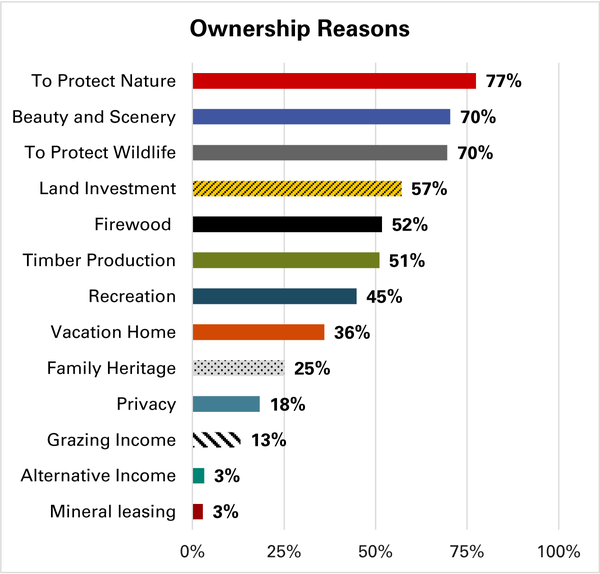 Figure 4. Ownership reasons based on the landowners who selected these reasons as very important or extremely important for owning land.

Figure 4. Ownership reasons based on the landowners who selected these reasons as very important or extremely important for owning land. 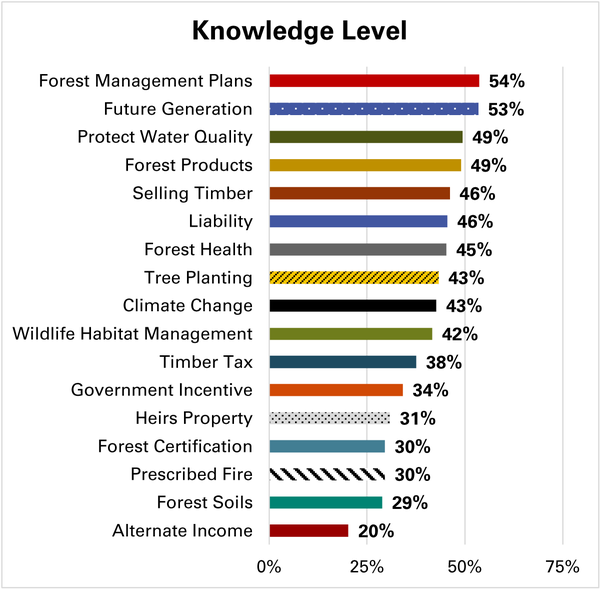 Figure 5. Respondents' knowledge levels on various topics. Based on the landowners who indicated a basic-to-advanced knowledge of forestry.

Figure 5. Respondents' knowledge levels on various topics. Based on the landowners who indicated a basic-to-advanced knowledge of forestry. 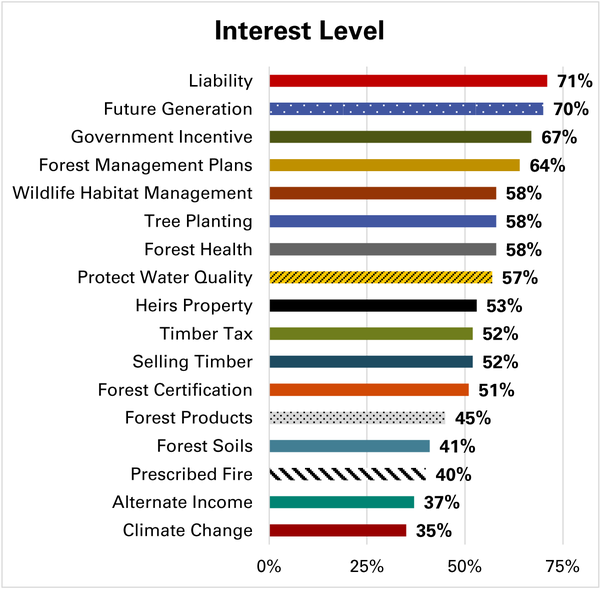 Figure 6. Respondents' interest levels on various topics. Based on the landowners who indicated moderate to extreme levels of interest in the topic.

Figure 6. Respondents' interest levels on various topics. Based on the landowners who indicated moderate to extreme levels of interest in the topic. 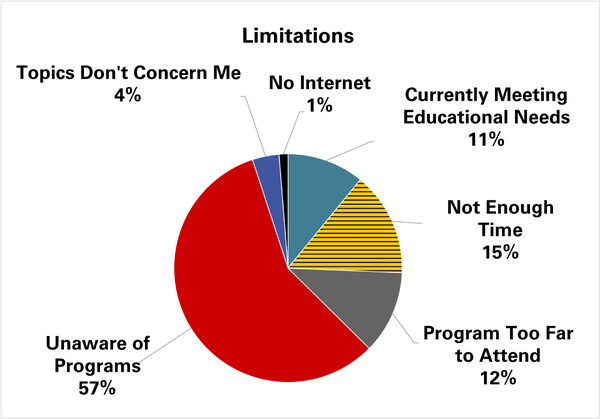 Figure 7. Lack of awareness and limited time were cited most often as limitations to obtaining educational needs

Figure 7. Lack of awareness and limited time were cited most often as limitations to obtaining educational needs 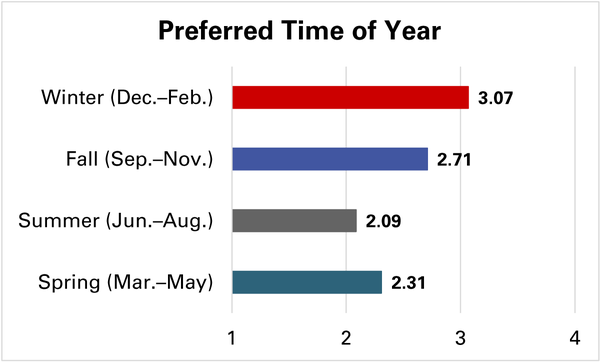 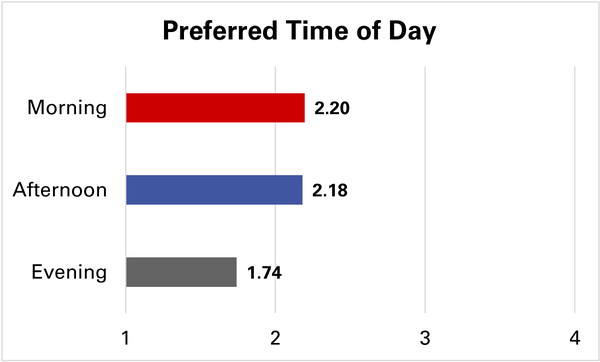 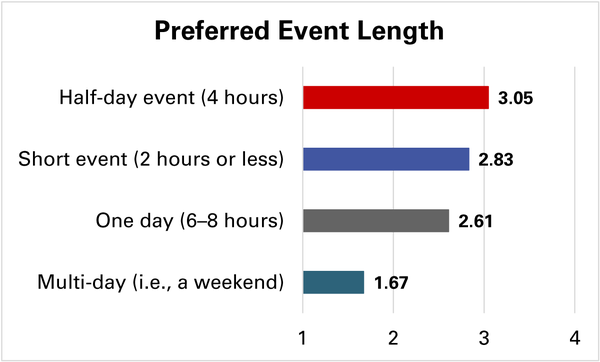 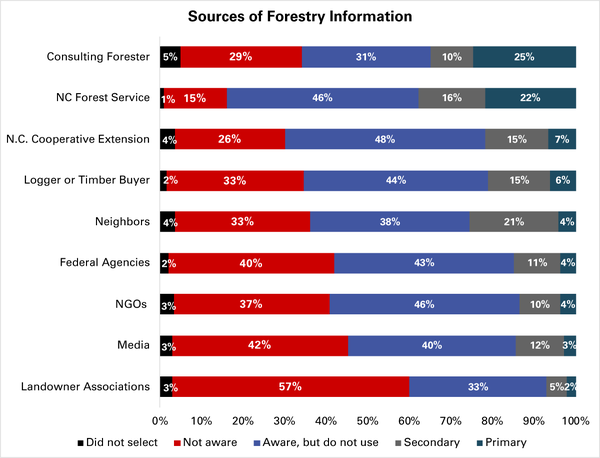 Acknowledging the differences and associations between core landowning values, characteristics, and educational preferences will allow for the continual improvement of programs and ensure that educational needs are being met. Using targeted delivery methods and forestry topics allows for a more effective and efficient process, ultimately creating more room for growth and engagement.

The majority of NIPF landowners are interested in non-timber-related topics, prefer short educational programs that take place in the winter, and equally prefer mailed or online materials.

The main reason the majority of NIPF landowners do not have their educational needs met is the lack of awareness of available programs. This lack of connection with NIPF landowners will be a challenge for organizations, such as Cooperative Extension, and will require a consorted effort to overcome. More aggressive and innovative efforts in marketing programs will be necessary to meet the educational needs of NIPF landowners. Since the majority has access to the Internet and prefer to receive forestry information over the Internet, it is important to develop online education programs as an innovative strategy to reach NIPF landowners and serve their needs.

To reach out to NIPF landowners on a broader scale, a combination of mail and electronic delivery methods, such as email or social media, should be prioritized on a variety of topics. When training topics are selected, it is important to select the topics that have a higher level of importance to this audience, and a lower level of knowledge for contributing to meet their learning needs. Online delivery options should include the use of newsletters, blogs, or social media as ways to reach the audience.

This publication is funded in part by the Renewable Resources Extension Act (RREA).