White peach scales, Pseudaulacaspis pentagona, insects are so called because their armor is white, the males secrete a noticeable amount of a white, fluffy residue, and they are often found on peach. The armor of females is fairly round with a yellowish spot in the middle (the cast skins of earlier stages). Male armor is narrow, ridged, and snow white. The cast skin of an earlier stage appears at the head end of the male scale. Females lay 80 to 100 eggs under their armor. Male eggs are white and female eggs are orange. The males are tiny gnat-like insects that crawl or fly to find mates or die trying (they have no mouthparts and cannot feed). About 12 days after mating, females lay their eggs and die. The eggs hatch in three or four days in warm weather, and the young scales wander about for about 12 hours before settling down to feed. White peach scale has at least three generations each year in North Carolina. The crawlers of white peach can be present in low numbers throughout the year, but there are three distinct "peaks" of crawler emergence in early May, mid July, and early September. When populations become dense, females lay mostly male eggs. By then plants appear to have been flocked and the stems may be solid white. 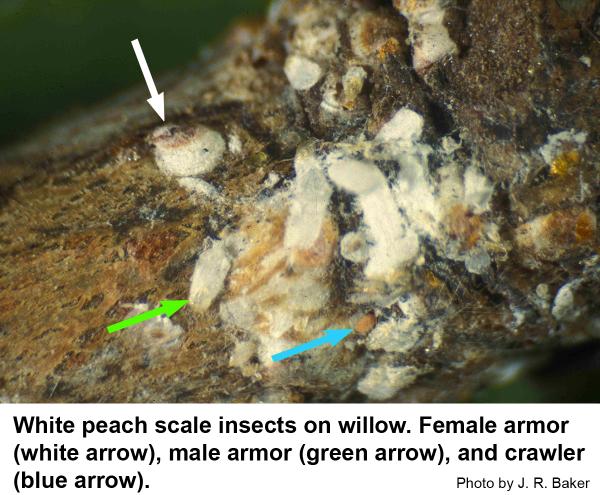 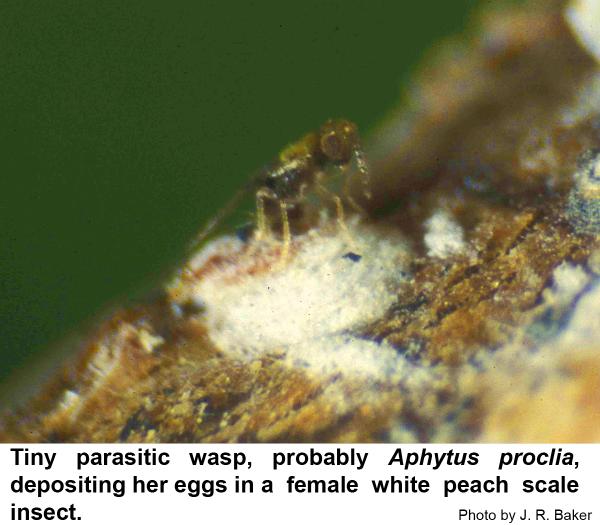 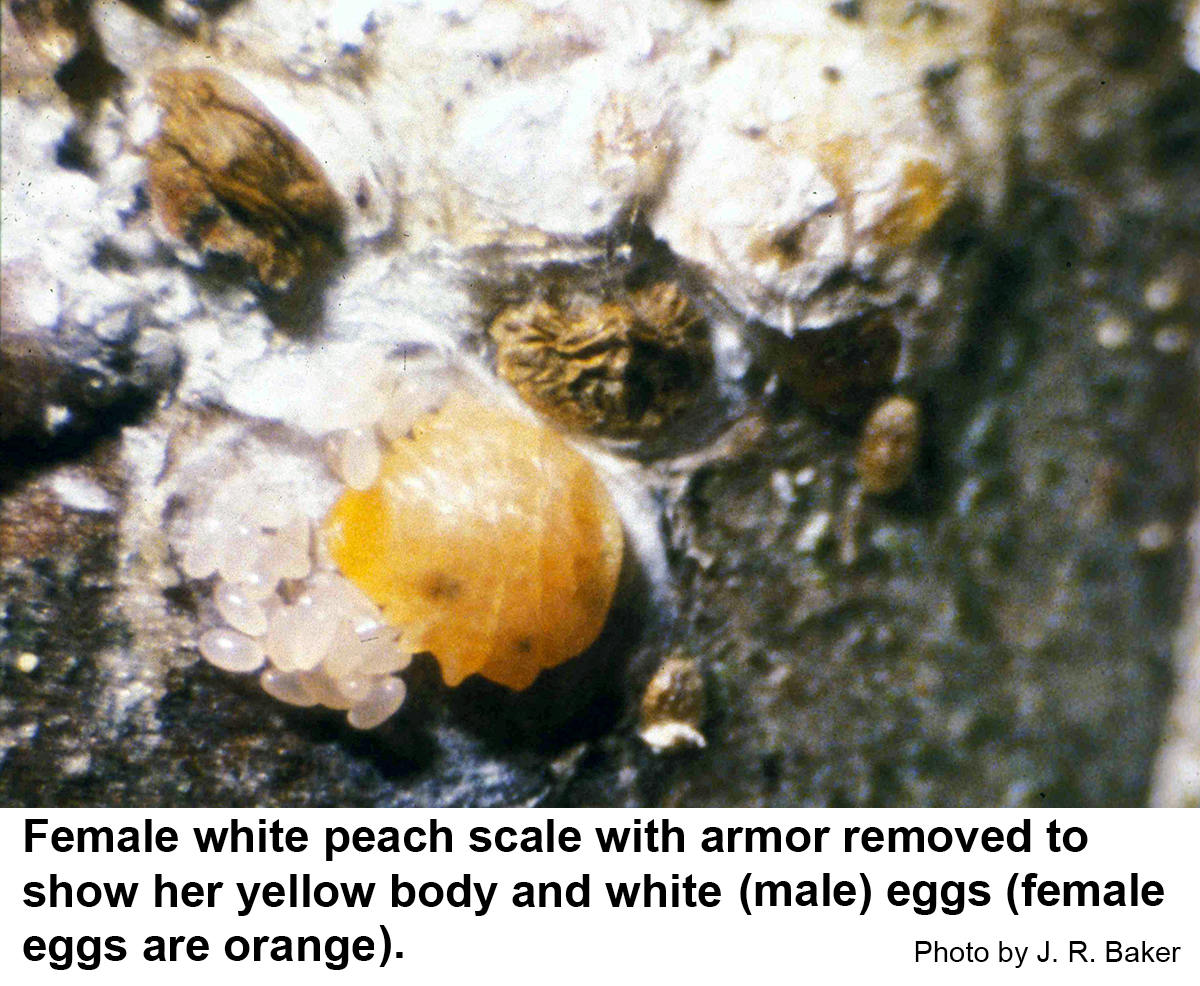 White peach scales have two very effective natural parasites: Encarsia berlesi and Aphytis proclia. However, sometimes these parasites can't give acceptable supression. Because the white peach scale is an armored scale insect, it would be good to use one of the horticultural oils for control. These oils can be used at a growing season rate from late spring until late December or can be used at a dormant spray during the winter to reduce the overwintering population. Dr. John Meyer of this department did some experiments with white peach scale control some years ago and found oil does, indeed, suppress white peach scales. It is probably best to apply the oil, wait two or three weeks and apply it again. If a tree is too large to spray, a second strategy is to wait until early May and have Safari applied by a licensed landscaper. Such a soil treatment (some formulations of Safari are specifically labeled for armored scale management) should give at least 12 months of control.