Non-native plants are referred to by many names: exotic, nonindigenous, alien, or even noxious weeds. Non-native plant species become invasive when they spread and reproduce beyond their area of origin, aggressively dominate or cause harm in a new area. Common examples from southeast forests include kudzu (Figure 1), cogongrass (Figure 2), and Japanese honeysuckle (Figure 3).

Invasive plants are present on 1 out of every 10 southern forest acres, a staggering 19 million acres. Invasive plants are likely to double their extent in the next 50 years as the climate becomes more variable. This note explores the impacts and possible control measures for invasive plants in forestlands. 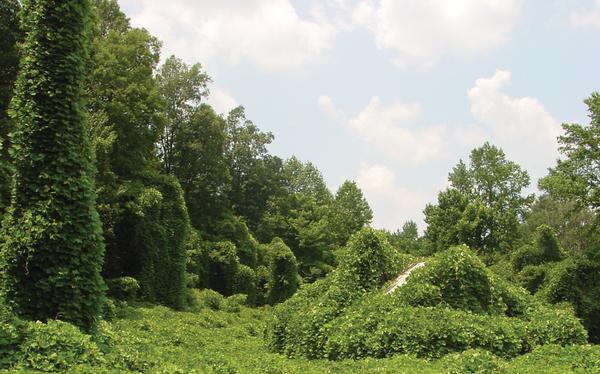 Figure 1. A severe infestation of kudzu (Pueraria montana), a deciduous woody vine that grows densely along road and forest.

Figure 1. A severe infestation of kudzu (Pueraria montana), a deciduous woody vine that grows densely along road and forest. 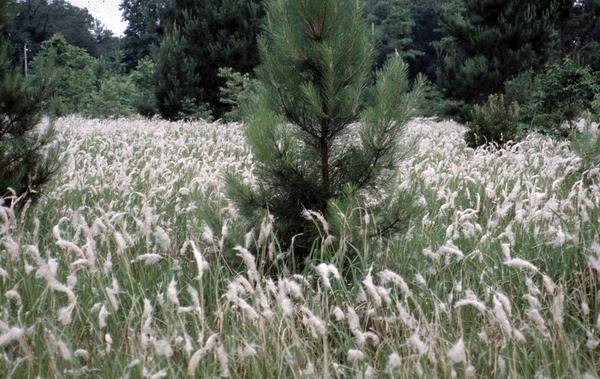 Figure 2. An infestation of cogongrass (Imperata cylindrical), an invasive perennial grass, in a Mississippi pine plantation.

Figure 2. An infestation of cogongrass (Imperata cylindrical), an invasive perennial grass, in a Mississippi pine plantation. 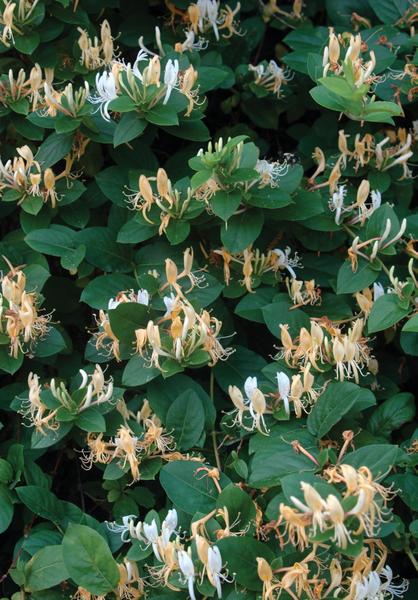 Figure 3. Japanese honeysuckle is an invasive plant that has been a part of the southern landscape. It out-competes its native cousin the coral honeysuckle, which is easily distinguished by its red blooms that can also be found in pink, yellow, and coral.

Figure 3. Japanese honeysuckle is an invasive plant that has been a part of the southern landscape. It out-competes its native cousin the coral honeysuckle, which is easily distinguished by its red blooms that can also be found in pink, yellow, and coral.

Southern forests are unique and diverse—they provide critical wildlife habitat, preserve our cultural heritage, and supply the globe with timber and fiber products. Invasive plants degrade and threaten the integrity and native composition of forest ecosystems. They can increase tree seedling mortality, inhibit regeneration, and reduce growth in timber plantations. Invasive plants reduce wildlife habitat diversity and quality even at low densities. Some invasives may increase wildfire risk, change soil chemistry, or impact natural hydrology. Invasive plant species also negatively impact forest health, biodiversity, ecosystem services, and profitable or commercial use. A study published by the US Fish and Wildlife Service in 2012 estimated $120 billion in annual economic losses from invasive plants in the United States. Even excluding further expansion of invasives, their impact equates to more than $157 billion in today’s dollars.

Skip to Non-Native Plants Can Invade

Non-native plants come in all forms, including trees, shrubs, vines, grasses, and ferns. Invasive, non-native plants are aggressive survivalists and share these tendencies:

According to the Center for Invasive Species and Ecosystem Health, there are over 1,500 non-native, invasive plants in the United States.

How Do Non-Natives Get Here?

Skip to How Do Non-Natives Get Here?

Non-native plants occur here as a result of direct or indirect, deliberate or accidental actions by humans. This publication focuses on the invasive, non-native plants which, like kudzu or Japanese honeysuckle, survive and reproduce without human intervention.

Most non-native plant species are introduced intentionally from other countries by people with good intentions. They are often used to improve wildlife habitat, stabilize or prevent soil erosion, beautify yards and homes, provide recreational opportunities like hunting or fishing, or for many other reasons (Table 1).

Non-native species not introduced into the United States intentionally have hitched a ride here via packing material, hurricanes, untreated soil or wood samples, and potentially within the digestive tracks of migratory or imported animal species.

How Do Non-Native Plants Invade?

Skip to How Do Non-Native Plants Invade?

Invasive plants are extremely productive. They can grow and reproduce rapidly, can breed or reproduce at early ages, have longer growing seasons which means faster growth to maturity, and can reproduce via multiple pathways (via roots, stems, or seeds). Some non-native plants produce hundreds of thousands of seeds that can persist in the soil for many years until disturbed.

Many of the non-native, invasive plants have long seed viability (that is, high dormancy rates), multiple adaptations for seed dispersal, and high or staggered germination rates. Japanese stiltgrass can produce 100 to 1,000 seeds per plant that can remain viable in the soil for at least 7 to 10 years and are transported easily with water or on animal fur and human clothing.

What Adaptations Make Them Succeed?

Skip to What Adaptations Make Them Succeed?

Some invasive plants, such as tree-of-heaven, have allelopathic properties and can release chemicals into the soil that inhibit the growth of or kill surrounding plants. Non-native, invasive plants also compete aggressively for resources, such as food, water, nesting sites, and cover, and can tolerate a wide variety of environmental conditions. Many have salinity, drought, shade, or flooding tolerances; can handle high sedimentation, high nutrient load waters; and can handle extremely cold or hot weather. They can also adapt easily and expand their range quickly. Most non-native, invasive plants lack natural pest control from their native environment and may be resistant to native predators. Many non-native plants may share one, if not several, of these invasive characteristics.

Invasive plants can impact forest ecosystems and biodiversity in a variety of ways:

Some of the more common and problematic non-native, invasive plants found in North Carolina are listed below:

Plan to take the following precautions to manage invasive plants:

Our best defense against invasive species is to prevent their introduction. Our next strategy is to eradicate or reduce the spread of the invasive, non-native species already here. So, take the following actions to help: