Lesion nematodes belong to the genus Pratylenchus and are soilborne, plant-parasitic roundworms that may cause damage in corn. Individual lesion nematodes range between 0.3 to 0.9 millimeters (0.01 to 0.03 inches) long and thus cannot be seen with the naked eye. These nematodes are known for their broad host-range and are capable of parasitizing over 400 crop plant species worldwide. The most common species found in corn production in North Carolina include P. brachyurus, P. penetrans, P. scribneri and P. zeae.

Lesion nematodes primarily feed on roots, rhizomes, tubers, and other underground plant structures. They feed by lysing, or breaking open, cells of the roots forming cavities and disrupting the function of the root. Necrotic lesions (spots of dead tissue, appearing dark in color) can be observed on the root because of the damage caused by feeding and movement. The feeding damage caused by nematodes can also become an infection point for other pathogenic soil microbes, such as fungi. 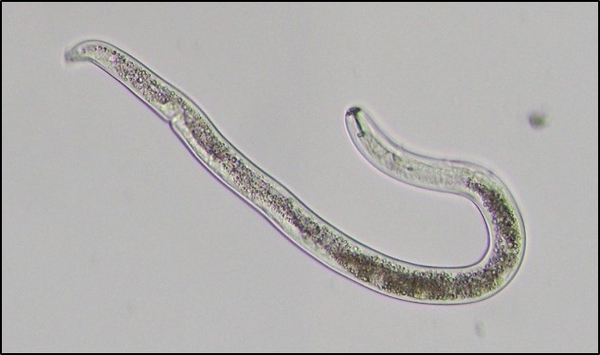 Figure 1. A lesion nematode female, of the species Pratylenchus penetrans.

Figure 1. A lesion nematode female, of the species Pratylenchus penetrans.

Characteristic root symptoms of lesion nematodes include swollen roots, lack of root branching/fine roots, stunted roots, and reddish-brown/black lesions along the roots. These lesions may appear in small, discrete spots at early stages of infection. As nematode feeding continues, lesions can coalesce and become larger, extended areas of necrotic lesions.

If a corn crop is suspected to be suffering from lesion nematodes, plants should be dug up, taking care to preserve as much of the root system as possible. Roots can be washed gently in a bucket of water or under running water to remove soil. A visual inspection should include checking the plant roots for black necrotic lesions. However, this will not indicate the level of nematode pressure (nematode population counts) in the field. Diagnosis can be confirmed through assessment of soil and root samples for the presence of the nematode by a plant disease diagnostic laboratory or nematode assay laboratory. Soil samples for nematode assay services may be submitted to the North Carolina Department of Agriculture & Consumer Services, Agronomic Services (NCDA&CS), Nematode Assay Laboratory, 4300 Reedy Creek Road, Raleigh, NC 27607.

In order to determine nematode pressure, soil samples should be taken from several areas in the affected field. Using a soil probe, collect 20 to 30 soil cores across a 5 acre block, at a depth of 6 to 8 inches from each area using a grid-like or “zig-zag” pattern across the area. Combine soil cores in a clean plastic bucket and remove a smaller portion of soil from this larger sample to submit to the Nematode Assay Laboratory. Detailed sampling instructions can be found at the NCDA&CS Nematode Assay Laboratory sampling guidelines.

The life cycle of the lesion nematode consists of six life stages: egg, four juvenile states and the adult stage. The life cycle typically takes 4 to 8 weeks to complete, but this generation time may be influenced by soil moisture, soil temperature, and host crop suitability. Female nematodes lay eggs one at a time in plant roots or soil, which develop to first-stage juveniles, then to second-stage juveniles before hatching from the egg. The second-stage juvenile nematodes can penetrate plant roots to feed and continue developing through a third- and fourth-stage, and finally into adults. Adult lesion nematodes may exit and re-enter the roots. Under favorable environmental conditions (presence of a suitable host crop, sufficient soil moisture, and favorable temperatures) lesion nematode populations can increase to over 1,000 nematodes per gram of root. Lesion nematodes can overwinter in infected root tissue, weed hosts, or in the soil at any life stage.

Managing lesion nematodes can be difficult due to their broad host range (Table 1) and lack of corn varieties with genetic resistance to this pathogen. Routine soil sampling for nematode analysis is important to understand if a field has lesion nematode and monitor population counts. Knowledge of specific Pratylenchus species present in the field is helpful for determining if there is a non-host crop that can be integrated into the crop rotation. However, this information may be difficult to obtain, as it requires a detailed examination of the nematode specimen or a DNA-based test. Many species of lesion nematode can also infect, reproduce, and survive on common weeds. Therefore, good weed management will eliminate a potential food source for these nematodes.

Two effective management tactics for lesion nematodes are sanitation procedures and the application of chemical nematicides. Avoiding the introduction of lesion nematodes into the field through sanitation procedures is highly beneficial, as they can be extremely difficult to get rid of once populations are established in the field. Careful sanitation by cleaning of equipment moved between fields is an effective way of reducing the spread of lesion nematodes between fields and farms. Sanitize by washing with a solution of 10% household bleach, removing any stuck soil, then rinsing with clean water and drying before moving to unaffected fields or areas.

Another effective management tactic to reduce lesion nematode populations within the field is the use of nematicides when economically viable. Pre-plant soil fumigation, at-plant non-fumigant nematicides or seed treatments, can reduce lesion nematode population levels to below economic thresholds. Chemical nematicide treatments are summarized in Table 2 and additional information may be found in the North Carolina Agricultural Chemicals Manual.

The North Carolina Agricultural Chemicals Manual provides an up-to-date list of chemicals available for control of nematodes and other diseases and pests.

This factsheet was prepared by the NCSU Plant Nematology Lab in 2021.