Zoning and Land Use Regulation of Forestry Woodland Owner Notes

Skip to Common Land Use Regulations

Land use regulations set limits on what can be done on your land. Regulations are enacted and enforced by local governments—counties and municipalities—to protect the public health, safety, and welfare of citizens. Regulations seek to protect community aesthetics and property values, and to promote the highest and best uses of property. Common ordinances that regulate land use include:

Many of these ordinances commonly provide exemptions for forestry practices when specific requirements are met.

Zoning is the most common form of land use regulation used by local governments in North Carolina. Zoning typically contains landscaping requirements or other provisions that depend upon the type of land use regulated. Landscape requirements and provisions can be used to protect community trees and vegetation and to separate and shield different uses on adjoining properties. The county or municipal planning jurisdiction that your land is located within will determine the type of zoning or other land use regulations that may be applied.

Many landowners may not realize they are within an ETJ—and as a result may receive fines or warnings for activities or uses they conduct on their land that do not comply with municipal zoning or other ordinances. Planning jurisdiction boundaries change frequently as areas are annexed and ETJs are created. Check these boundaries periodically to ensure that you know which jurisdiction applies to your land. This information should be included and updated in your forest management plan.

An ETJ is established by adding an unincorporated area (outside of the corporate boundary) to the municipal planning jurisdiction. The ETJ must be connected to the primary corporate boundary and cannot be drawn from a satellite annexation. An area within an ETJ may eventually be annexed and become part of that municipality. All towns or cities may establish an ETJ within one mile of the town or city boundaries (N.C.G.S. § 160A-360). However, approval from the board of county commissioners, or a local bill passed by the North Carolina General Assembly, is required if a city is to extend an ETJ more than one mile from its corporate boundary. Board of county commissioners approval is required if an ETJ is proposed in an area where the county is already exercising its zoning and subdivision authority and enforcing the State Building Code. All cities may enforce public health and safety regulations (nuisance abatement, burning, or noise ordinances) without establishing an ETJ within one mile of their corporate boundaries.

Municipal land use regulations typically take precedence over county land use regulations within an ETJ. The city may exercise exactly the same land use regulation authority within the ETJ as it does in the primary city limits, but it may choose not to enforce an ordinance that it is already enforcing in the corporate boundaries. Cities may regulate land uses within ETJs through zoning, soil erosion and sedimentation control, floodway development, watershed protection, landscaping and community appearance ordinances, and other ordinances adopted pursuant to their planning and zoning authority. However, under N.C.G.S. § 160A-360(k) property used for bona fide farm purposes—including some forestry activities—may be exempt from the exercise of a city’s ETJ authority. Counties retain authority to enforce ordinances created pursuant to their general ordinance-making authority in the ETJ, such as nuisance ordinances.

Zoning prevents conflicts between various land uses (for example, by not allowing a noisy sawmill operation next to a hospital). Counties can enforce zoning in a portion of the county or throughout the entire county. Almost all municipalities in this state have zoning. Unlike counties, however, they must enforce zoning throughout their entire planning jurisdiction. Zoning regulations must be created, amended, and enforced in accordance with a municipality’s or county’s comprehensive plan.

Zoning defines uses and creates various zones or districts within part or all of a county’s and all of a municipality’s planning jurisdiction. Zoning identifies allowable uses and may prohibit other uses that are not specified in that ordinance. However, provisions can be written into the ordinance that allow landowners to obtain conditional or special use permits to conduct uses not already allowed in a zoning district. Zoning ordinances may also be amended to add zoning districts and additional defined and permitted uses.

Zoning districts established in the ordinance text are shown on a zoning map. Abbreviations are assigned to these districts for simplicity, but they can differ in meaning across local governments. For example, RA-20 may mean “Residential-Agricultural: 1 unit (house) per 20,000 square feet” in one community, but it may mean “Rural-Agricultural: 1 unit per 20 acres” in another jurisdiction. The zoning text will list the abbreviations for each named district.

Districts may be classified as general use or conditional use (special use) districts. In a general use district, a use such as forestry may be allowed without having to obtain a permit. In a conditional use district, a permit may be required before you can conduct forestry activities. Be aware of overlay districts and floating districts, which may be applied over the underlying zoning district. They can add additional restrictions or conditions to land use across multiple districts.

If your forestland is zoned, these restrictions and provisions may apply:

Land use regulations, including the zoning ordinance itself, may be contained within a unified development ordinance (UDO). Landscaping requirements, such as buffers of different widths and types of vegetation, may apply to your property depending on the zoning district in which your property is located. If forestry is not defined and listed as a permitted use in the zoning ordinance, it may not be allowed without further interpretation from the local government enforcing the ordinance. Forestry activities may be regulated similarly to other aesthetics issues such as overgrown and weedy lots and the pruning and topping of trees.

Forestry is considered a bona fide farm purpose exempt from county zoning under state law because zoning does not apply to the planting and production of trees and timber (N.C.G.S. § 153A-340(b)(2) referencing N.C.G.S. § 106-581.1). Municipalities are not required to exempt bona fide farm purposes, such as forestry, from zoning in their corporate boundaries, although a few North Carolina municipalities do provide exemptions. For more information on exemptions and flexibility for forestry and farming within local land use regulations, refer to Woodland Owners Note 41, Practicing Forestry under Local Regulations.

Figure 2. Example of zoning text that defines the zoning districts. 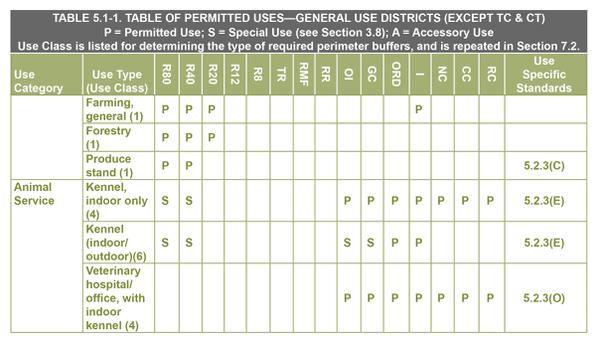 Figure 5. Example of a table of permitted uses in which forestry is allowed in three districts.

Figure 5. Example of a table of permitted uses in which forestry is allowed in three districts. 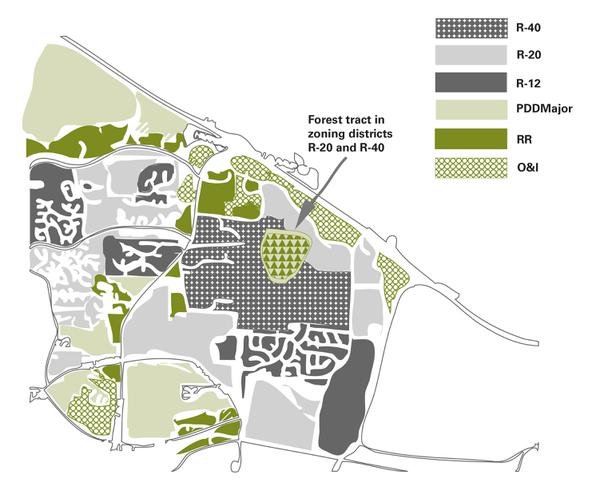 Figure 6. Example of a portion of a zoning map based on the table of permitted uses in Figure 5.

Figure 6. Example of a portion of a zoning map based on the table of permitted uses in Figure 5.

Is Forestry an Allowable Use?

Skip to Is Forestry an Allowable Use?

To determine if forestry is an allowable use within your municipal or county planning jurisdiction, review the zoning ordinance that applies to your property. Be sure to review each ordinance component:

1. Identify the jurisdictions that apply to your property

Review the zoning text to see if forestry is a defined use. It may be included with the terms “agriculture” or “farming.” Also, check to see if the activities on your land meet the definition of forestry in the ordinance. Forestry may also be referred to as “silviculture,” “timber harvesting,” or other similar terms within zoning ordinances. Some communities may not define forestry as a use in the zoning text though it may still be listed in the table of permitted uses (Figure 5).

3. Check the table of permitted uses

Is forestry included as a possible allowed use? Allowed uses are denoted by a letter symbol in the table where a listed use intersects with a zoning district; nonpermitted uses are left blank. Symbols used to denote allowed uses are defined in the text or on the table. For example, in Figure 5 the letter “P” indicates that a use is permitted as of right and the letter “S” signifies a special or conditional use. A use that is “as of right” may be allowed in a district without the need for a permit or permission from a local government. A conditional or special use is one where a permit must be obtained prior to the use being conducted. If forestry is not listed in the table of permitted uses, or is not a defined or listed use in the zoning text, contact your local planning and zoning department to find out how forestry may be added as a defined use to the zoning ordinance.

Identify the districts where forestry activities are allowed. The zoning map shown in Figure 6 shows the location of R40 and R20 zoning districts that allow forestry. If a zoning map shows that your property is in a district that does not allow forestry, contact your local planning and zoning department for information on seeking a conditional use permit or having the zoning changed for that district.

5. Obtain information on jurisdictions and land use regulations

County and city planning, zoning, environmental, engineering, and inspection departments can provide information on the planning jurisdictions that apply to your land. These departments can explain the ordinances and land use regulations you must follow when engaging in forestry practices on property in their planning jurisdictions. Zoning and other land use regulations are maintained by counties and cities at courthouses, offices of county and city clerks, and often in departments responsible for enforcement. Regulations and guidance materials are also available on the internet through legal databases and local government websites. However, ordinances provided online are not legally enforceable and may not be up-to-date.

City and county attorneys and managers are good sources of regulatory information. Forest landowners, and their consulting forester, need to be mindful that local officials and city and county attorneys represent their respective local governments. If forest landowners need a second opinion with regards to guidance or interpretation of a local regulation, they may seek the advice of other local officials or outside legal counsel. Retain all guidance on, and interpretations of, land use regulations in writing for future reference.

Figure 7 is designed to guide you through a zoning ordinance to determine if you can practice forestry on your land. 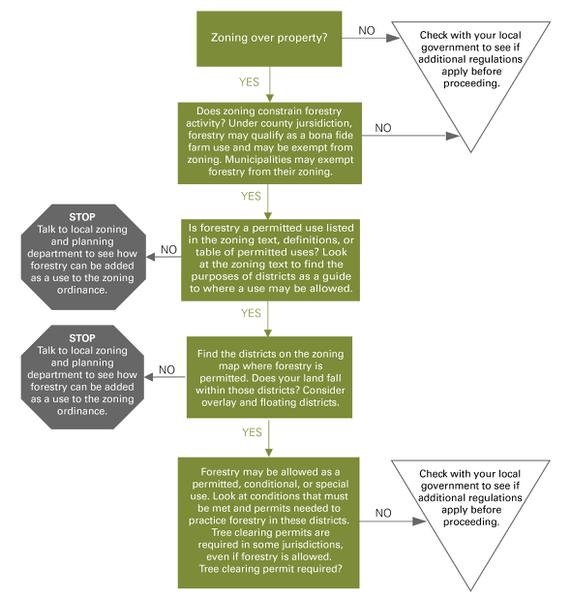 Figure 7. Determining if forestry can be practiced on your land.

Figure 7. Determining if forestry can be practiced on your land.

The authors acknowledge the following publication reviewers for their efforts:

Funding for this publication was provided through an Urban and Community Forestry Grant from the North Carolina Division of Forest Resources, North Carolina Department of Environment and Natural Resources.