Mast-bearing hardwood trees are the most important element of squirrel habitat. Hard mast is any hard fruit such as acorns, beechnuts, and hickory nuts, all of which provide critical fall and winter food for squirrels. Other types of foods including flowers, buds, fleshy fruit, cones and samaras (fruit of maple trees), which are eaten when available. Squirrels also use natural cavities, in both live and dead trees, for nesting and cover.

Squirrel populations fluctuate with changing yields of hard mast, especially acorns. When mast is not available, squirrels will eat other fruits and berries, flower parts, buds, bark, roots, mushrooms, and animal matter. Variety in tree species is essential for habitat stability. Listed below are some of the most common food sources throughout the year. 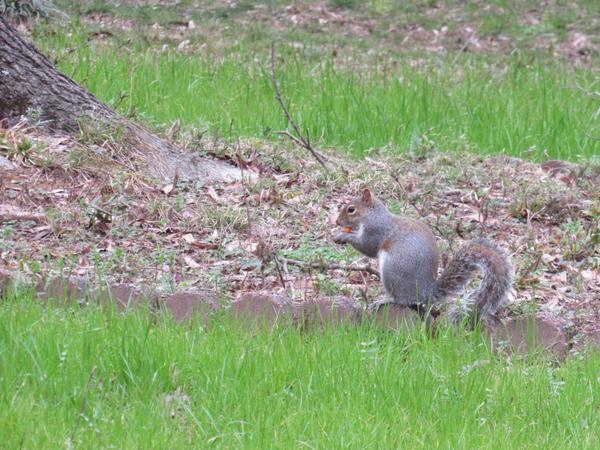 Squirrels are common in the urban setting

Squirrels are common in the urban setting

Den trees are essential to squirrels for winter shelter, escape cover from predators, and rearing of young. Natural den cavities begin to appear in 40-50 year old stands. Although leaf nests are also used, the survival rate of young is 40% lower in leaf nests compared to cavities. Frequently, squirrels will claim 2 or 3 dens at the same time. Moderate to dense cover, including midstory and canopy trees, is preferred for concealment from aerial predators suchs as hawks and owls. Dense tree cover also allows gray squirrels to move freely through the canopy. On average, about half of the den cavities identifiable from the ground are suitable for raising young. Optimal habitat has 2 to 3 suitable cavities per acre.

While gray squirrels frequently use open water when available, daily needs can be satisfied from other sources such as dew and succulent plant material. Lack of surface water is not a limiting factor in squirrel habitat.

The home range of gray squirrels varies from 1.5 to 8 acres and is usually smaller where populations are high. Populations develop social hierarchies or "pecking orders" influenced by age and sex of the animals. Dominant animals usually have larger home ranges. 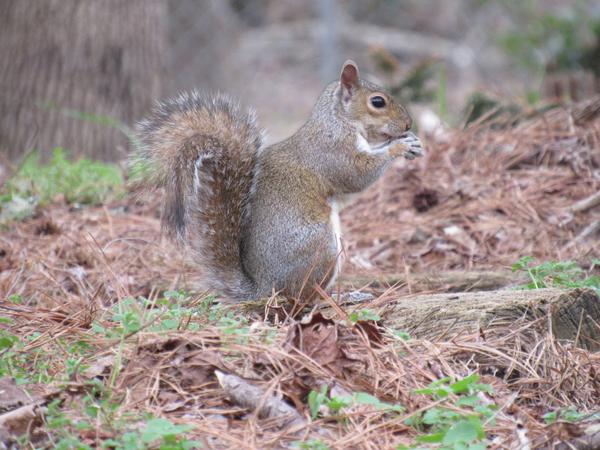 Squirrel feeding beneath a tree canopy

Squirrel feeding beneath a tree canopy

Skip to Species That Benefit From Gray Squirrel Management

Numerous game and nongame species with habitat requirements similar to squirrels benefit from squirrel management. Rather than focusing on a single species, habitat management plans should emphasize the communities of which squirrels are a part. The following species are common squirrel associates:

Skip to Working With Wildlife Links