Skip to Snags and Downed Logs

A snag is a standing dead or dying tree, with a diameter greater than 3 inches at breast height. A downed log is a log that is lying on or near the forest floor. Snags and downed logs are natural occurrences in forests. Trees can be killed by lightning, storm breakage, fire, disease, insects, or a variety of other factors.

Resource managers are aware of the value of snags and rotting, downed logs as an important component of habitat for many wildlife species. However, forest practices such as shorter rotations, firewood removal, timber stand improvement, and insect and disease control efforts can reduce the number of snags and downed logs available for wildlife. Hence, creating or protecting snags and downed logs is a simple, low-cost habitat improvement that has great benefits for a wide range of wildlife species. 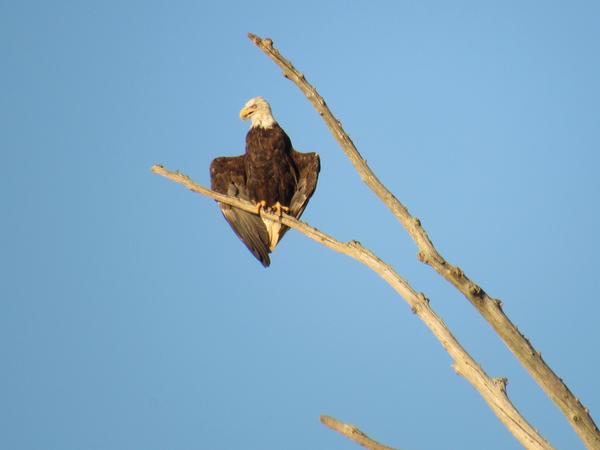 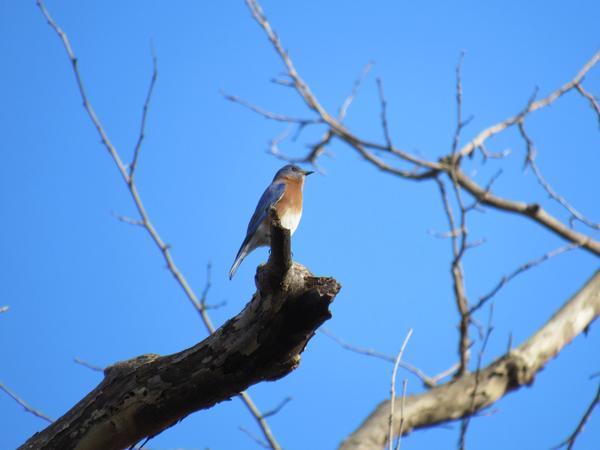 Bluebird perched on a snag.

Bluebird perched on a snag. 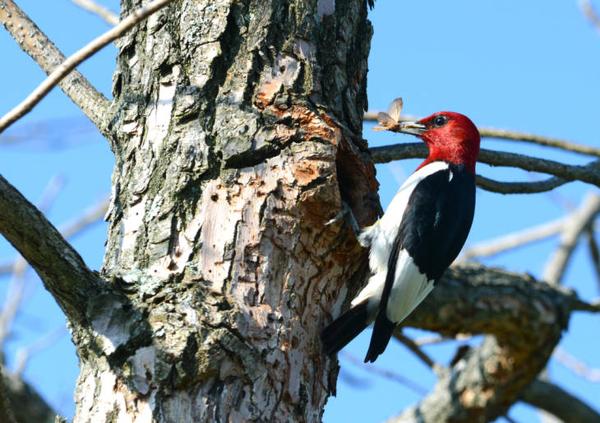 Why Are Snags and Downed Logs Important?

Skip to Why Are Snags and Downed Logs Important?

Almost every part of a dead tree, at varying stages of decomposition, can be used by wildlife. A variety of wildlife use snags and downed logs for nesting, roosting, foraging, perching, or territorial displays. As the snag decays and the wood softens, woodpeckers (called primary cavity nesters) excavate cavities for nesting and roosting. Thereafter, many other animals (called secondary cavity users), including songbirds, owls, bats, raccoons and squirrels, use the cavities for nesting, roosting, or storing food supplies. Exposed high branches of snags are perfect for raptors to perch and watch for potential prey. Over 45 bird species and over 20 mammal species have been documented to use snags in the southeastern U.S. When a snag falls over it becomes a downed log, which provides cover and foraging areas for many reptiles, amphibians, small mammals, and invertebrates. Decaying logs attract insects, fungi, lichen, and moss, providing a food source for wildlife. As logs decay, they replenish soil nutrients and act as “nurse logs” for new tree seedlings to sprout. Over 20 bird species, over 50 mammal species, and many species of reptiles and amphibians use downed logs in the southeastern U.S.

A continuous supply of snags and downed logs must be maintained to sustain populations of animals that depend on these resources. It is important to provide snags of various sizes. Generally, large snags (>10 inches DBH) are more valuable than small snags because they can be used by a wider variety of species. Some species, such as black bears, require very large snags for denning. Small clumps of snags scattered over the landscape are generally best because they provide both nesting and foraging sites in one convenient location. A large group of snags usually is not used by more than one pair of the same species because of territorial behavior, and single snags scattered over the landscape may not provide sufficient nesting and foraging cover for individuals within a single territory. 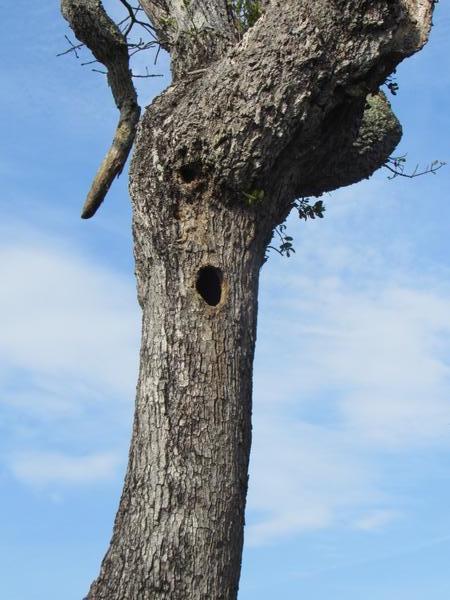 Cavities in snags are excellent nests and cover.

Cavities in snags are excellent nests and cover. 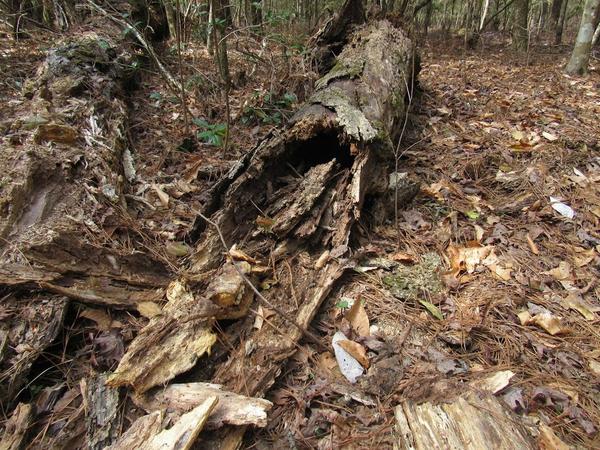 Hollow and other downed logs are critical shelter and feeding habitat.

Hollow and other downed logs are critical shelter and feeding habitat. 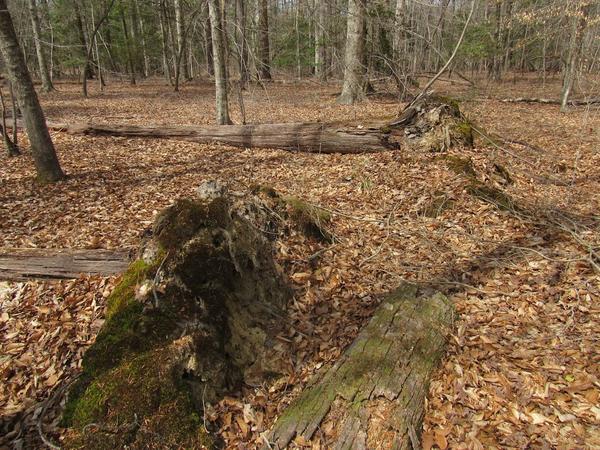 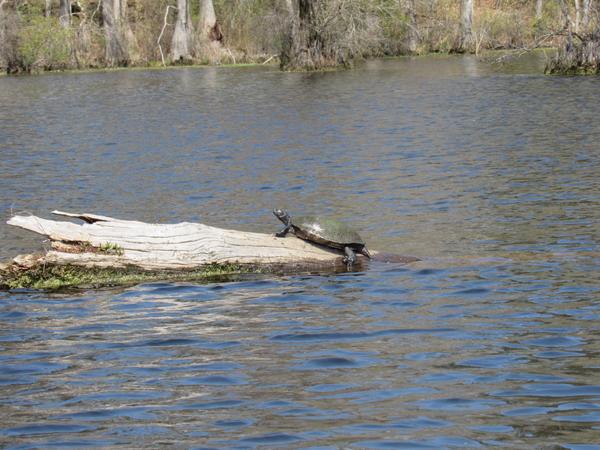 Don't forget the importance of logs as basking and aquatic habitat.

Don't forget the importance of logs as basking and aquatic habitat.